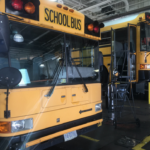 The Virginian-Pilot, in an editorial, bemoaned Governor Youngkin’s endorsement of a policy that would require schools to tell parents about their kids’ transexual identity expressions at school.

It’s as though the potential consequences of such a policy have never crossed his mind.

The sure consequences of opposing that policy were not discussed.

The Pilot brain trust did not address, and perhaps did not care, that a child in Virginia must have a diagnosis of gender dysphoria as a predicate for mental health treatment. And, of course, for physically invasive treatments.

Most Virginians think parental/guardian consent is required for all of that. It certainly should be. But it won’t be if progressives find the right judge.

Medical ethics should help protect kids, but will not. Progressive medical providers think themselves to be doing the best thing for the child, even with the dangerous, irreversible and ghastly treatments to which some providers subject children diagnosed as gender dysphoric.

Neither will judicial ethics. Read the papers every day for things that progressives think best for all of us. Progressive judges will think themselves to be doing the right thing as well.

Virginia is thick with progressive doctors and judges. It is thicker with parents.

The progressives need to be stopped by changes in Virginia law. This is a very complicated subject.  So the background discussion will be extensive.

The editorial references high LGBTQ child suicide rates — the suicide card. A serious issue. Professional mental health intervention will reduce suicides. Everyone can get behind that. But school psychologists are not licensed for clinical practice.

So, professional help depends upon parental/guardian consent or a court order.

Or a court order.

The left would have to thread needles with no eyes in justifying both not telling the parents and getting the children medical treatment. So, they ignore the practical impossibility of holding both positions.

Or a court order. Progressive nirvana.

Dangerous parents. The Pilot wants parents kept in the dark.

It wants schools to honor the wishes of a child not to tell his or her parents. As a direct result, the children could not legally be diagnosed or treated without a court order. Which, in turn, would require the parents be advised of the child’s transsexual proclivities.

In order to take the child from the parents’ control using the normal state due process procedures in Virginia, a Child Protective Services (CPS) evaluation is required. It is predicated on evidence of abuse, not an assumption of it by school personnel. If CPS finds abuse, it will remove the child from danger. After which a guardian can make a decision on diagnoses and treatments of the child.

But the guardian would then need to agree with the treatments progressives favor.

So, while I urge the left to pick a side on this issue or at least acknowledge that CPS must be involved, they won’t.

They’d rather go to court. And cut out both parents and guardians.

Off-label use of drugs for treatment of gender dysphoria.

Let’s look at the process that it would take to get hormones that are approved for cancer treatment and chemical sterilization approved by the FDA for use in treatment of gender dysphoria in children:

In a phase 1 clinical trial, the tolerability and safety of the new drug is studied, usually in a small number of healthy volunteers. Phase 2 is aimed at determining the drug’s efficacy and optimal dosing regimen. After phase 2, the drug is entered into the next phase of testing in a phase 3 trial.

The main focus of phase 3 trials is to demonstrate and confirm the preliminary evidence gathered in the previous trials that the drug is, a safe, beneficial and effective treatment for the intended indication.

Phase 3 is the last phase of testing to be completed before the drug’s details and clinical trial results are submitted to the regulatory authorities for approval of the drug’s release on the open market. Phase 3 is therefore a vital phase of drug development and billions may be spent progressing the drug to a phase 3 trial, only for the drug to prove ineffective in a larger patient population or have serious safety concerns that prevent its approval.

Not going to happen.

Not because of the cost, but because the subjects of the trials would have to be children. And the hormone drugs in question are already known to be dangerous in their approved uses on adults. Read the warning labels.

One wonders where children’s hospital pharmacists and patient safety committees stand on this. Or if they have taken a position.

It asserts that transgender kids (along with the entire LGBTQ+ community of youth) are suicidal at epidemic rates. Yet it does not recommend broad suicide preventions policies. Which would make sense.

It simply recommends keeping information from parents that results in those children not being able to get professional help — mental health help — even without resorting to dangerous drugs or surgical procedures.

And thus increasing the probability of suicide.

The Pilot refers to the Trevor Project, a LGBTQ+ advocacy group with a mission to prevent suicide. I applaud that mission. I agree with much of what they recommend in Model School District Policy on Suicide Prevention. School divisions should review it.

Look in particular at the section on Sample Language for Student Handbook.

But that work is far superior to Model Policies for the Treatment of Transgender Students in Virginia’s Public Schools. Which uses the word suicide twice in 23 pages of text.

A part of the Trevor Project suicide prevention Model Policy with which I respectfully disagree is:

Information about a student’s sexual orientation or gender identity should be treated as confidential and not disclosed to parents, guardians, or third parties without the student’s permission.

In the case of parents who have exhibited rejecting behaviors, great sensitivity needs to be taken in what information is communicated with parents.

Additionally, when referring students to out-of-school resources, it is important to connect LGBTQ students with LGBTQ-affirming local health and mental health service providers. Affirming service providers are those that adhere to best practices guidelines regarding working with LGBTQ clients as specified by their professional association (e.g., apa.org/pi/lgbt/resources/guidelines.aspx).

The Trevor Project, like others who advocate such policies, drifts through the complexities it raises without addressing them.

Where do progressives stand? The left’s positions on schools informing parents about the transgender expressions of a child are seemingly contradictory to a logical person:

The left seemingly must pick one. It would be interesting to see which they would choose. But they will continue to support both.

And seek court orders to get what they want in one step.

It gets worse. There is, unfortunately, a path to realizing that objective that does not go through parents and guardians. Progressive doctors and judges.

Doctors prescribed opioids to people for money. And went to jail for it.

So, there will be mental health professionals who will provide the gender dysphoria diagnosis on request. Because they believe in transgender support and diagnose any kid who exhibits transgender expression as gender dysphoric — a necessary step to provide that support. That is not even illegal.

So, please don’t contend that won’t happen. Or has not already.

In America broadly and in Virginia, parents can make decisions regarding their child’s medical treatment in everyday situations without state intervention. If the child is in a life-threatening health situation, a judge may put the child in state custody if the parent refuses medical treatment.

All the emphasis on LGBTQ youth suicide has two purposes:

Judge-shopping is a real thing in both progressive and conservative circles.

Some progressive judges will lean forward on this issue. Again, please don’t contend none will do it. Read the papers.

If a progressive judge finds gender dysphoria life-threatening, he or she can overrule parental/guardian objections and order a diagnosis from a progressive mental health professional and then invasive treatments from doctors specializing in them. A progressive virtuous circle.

Recommendation for providers. I recommend children’s hospitals set internal requirements to get a court order for purposes of:

It would be even better if those hospitals sought a second opinion on the diagnosis outside of the hospital system and took it to the judge. Break the closed loop.

That will help a lot for systems determined to do what most of us think is the right thing. Which I suspect is most of them.

But as a practical matter, it is unlikely to be a problem for a progressive-run children’s hospital with progressive doctors inclined to both issue a diagnosis and provide the treatments to find a judge to order those treatments with parental or guardian concurrence.

Those institutions and their medical people already are doing the right thing as they perceive it.

They should get the court order anyway. See the reasons above.

Recommendations for the state. The Virginia law controlling sterilization of children applies only to surgery. Chemical sterilization is not addressed. There is no logical reason it is not. It just isn’t.

Change the law to prohibit chemical sterilization of children. Make it a serious felony.

The issue of doing any treatments against the wishes of the parents or guardian also needs to be addressed.

I recommend Virginia specify in law that judges may not make a determination of a life- or health-threatening condition in the case of a child gender dysphoria diagnosis and use that finding to order treatments of any sort without parental or guardian consent.

Or, in today’s highly politicized environment, one certainly will.