Only Part of the Gas Tax Would Be Suspended 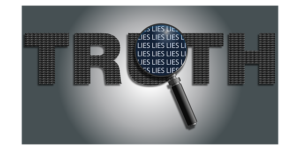 The gas tax in Virginia today is 33.8 cents per gallon and the diesel tax is 34.7 cents per gallon.  The fresh proposal from Governor Glenn Youngkin (R) for a 90-day suspension of those taxes does not eliminate Virginia’s full fuel tax bite.  The oft-ignored wholesale tax will remain while only the retail tax goes away.

Bacon’s Rebellion has plowed this ground before.  The Division of Motor Vehicles’ posted information on taxes remains intentionally misleading, listing the retail taxes in one place and mentioning the wholesale taxes somewhere else.   These taxes are also set up by different sections of the Code of Virginia.  Youngkin’s proposal would amend only one of those Code sections.

Whether or how much such a suspension would actually lower the pump price is a fair debate.  I’m interrupting a beach vacation to post this (most are still sleeping in) and here in Duck, N.C. the retail price is about 30 cents lower than we left behind in Richmond.  Clearly some adjustment at the pump would happen for July, August and September if this amendment passes.

But it remains fascinating and also infuriating that people are still not being told the full story.  The wholesale tax untouched by Youngkin’s proposal (and also his earlier failed efforts) is an additional 7.6 cents per gallon on gas and 7.7 cents per gallon on diesel, imposed by this Code section.  You will note it also includes a provision to adjust it come July 1 for inflation (see section B, paragraph 2).

Youngkin is asking the Assembly to continue to allow annual inflation adjustments in the retail gas tax when it starts back in October but would cap it at 2 percent going forward.   The 26.2 cent gasoline tax would resume at 26.7 cents, and perhaps add another half-cent in July 2023.  But the wholesale tax goes up the full inflation amount, which has not been disclosed.  Both taxes will then adjust annually at different rates.

Disclaimer:   For much of my lobbying career and for more than one client, I advocated for major increases in Virginia fuel taxes and advocated for imposing an annual inflation adjustment, or “indexing” as it is called.  I will not endorse this proposal from the Governor and undercut my former clients, which included a construction-industry-backed group called Virginians for Better Transportation.  Neither shall I oppose it, given that transportation trust funds are also flush with cash.

But I’m happy to advocate for transparency and uniformity.  From the Governor on down to the average motorist, everybody should be aware of and talking about the entire tax imposed — retail, wholesale, and the small adder for the underground fuel tank cleanup fund.  When adjusted up or down – by legislative action or in response to inflation – it should all work together.  Government should not endeavor to mislead you.