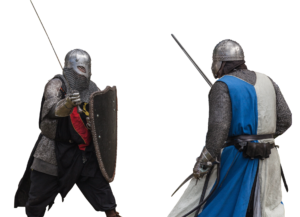 I initially picked up this story from an article in The Bull Elephant written by Jeanine Martin. The story was titled, “Loudoun County teachers plot war of harassment against parents and others who disagree with racial curriculum.”  That article, published Tuesday, relied on information from Townhall.com and The Daily Wire. I was not sufficiently confident in those sources to either ask for permission to repost Ms. Martin’s article or to write my own summary. However, the story continued to gain traction yesterday and today in the conservative media  Fox News and The Washington Times have picked up on the story. Finally, there is a direct quote attributed to a spokesman for the Loudoun County Sheriff’s Office (Kraig Troxell) stating, “The Loudoun County Sheriff’s Office is aware of the situation and the information has been forwarded to our criminal investigations division to review the matter.” Given that, I believe there is something going on that merits the attention of Bacon’s Rebellion readers.

Anti-Racist Parents of Loudoun County. That’s the name of a private Facebook group with a reported 624 members. In and of itself that would be of no consequence. However, The Daily Wire claims to be in possession of material from that group which is fairly explosive. One of the group’s participants, a former teacher named Beth Barts, was elected to the school board in 2019. Ms Barts has been so outspoken in her defense of CRT and her disdain for those who disagree that she has been censured by her colleagues on the school board and temporarily removed from committee assignments. The Daily Wire documented Barts’ goals for the Anti-Racist Facebook group using materials from the group it claims to possess. To wit:

“I wanted to share that I’m very concerned that the [anti-] CRT movement for lack of better word is gaining support,” Barts wrote to the “anti-racist” Facebook group March 12. She said she hoped to “call out statements and actions that undermine our stated plan to end systemic racism.”

And now it gets interesting. Bart’s call to action prompted a response from a local Loudoun mother who detailed what she hoped the members of the Anti-Racist Facebook group could accomplish (again, from The Daily Wire):

“This is a call for volunteers to combat the anti-CRT activities of the P.A.C.T. folks, the stoplcpscrt website, and the like. Looking for folks who are interested in volunteering to organize, lead, execute, and donate regarding the following points:

From there, a retired Loudoun County Public Schools teacher and educational consultant to the district provided additional marching orders:

“Regarding the anti-CRT movement, we’d like to compile a document of all known actors and supporters. Please comment below with legal names of these individuals, area of residence and or school board Rep known, known accounts on social media, and any other info that you feel is relevant.”

One Adam-12. As mentioned previously, the materials obtained by The Daily Wire have allegedly been turned over the criminal investigations division of the Loudoun County Sheriff’s Department.

My take. First, I am increasingly convinced that this story is real rather than “fake news.” However, I remain a bit suspicious of anything that is only reported by rightwing (or leftwing) outlets. Second, this would be a non-story if it were only some anonymous social media cowards kibitzing on a secret Facebook group. However, the fact that the group supposedly has teachers, school board members and prosecutors within its membership changes things. How is it reasonable for people in official positions to plot the hacking of websites, doxxing of those with whom they disagree and the compilation of Nixon-like “enemies lists”? It’s also my understanding that it is a crime in Virginia to encourage anyone to commit a felony (like hacking a website). This entire situation needs considerable attention and ongoing reporting from all Virginia media outlets, not just conservative organizations.