Not a Good Look, Virginia 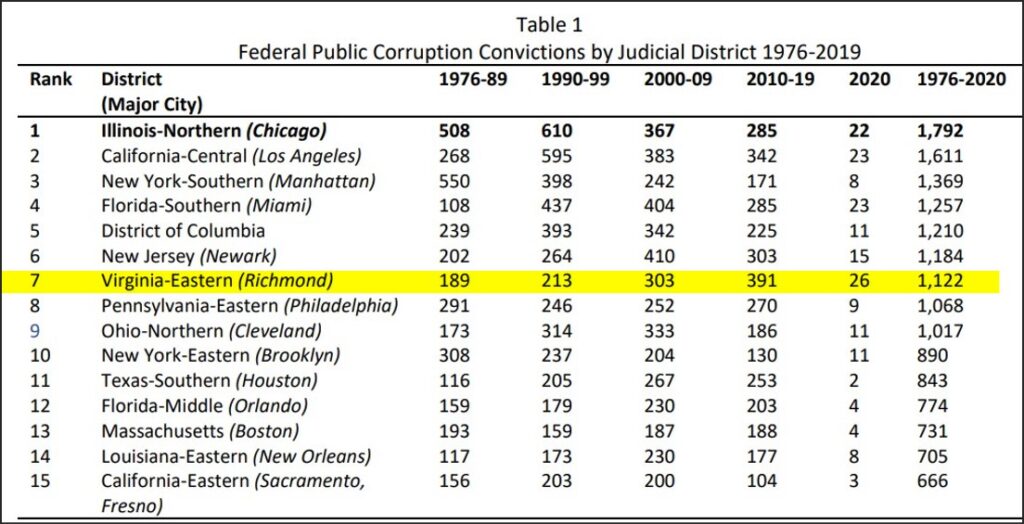 Not to give our friend Don the Ripper more ammo in his assertion that Virginia is the most corrupt state in the country, but… These numbers regarding federal public corruption convictions in Virginia’s Eastern District, published in a 2022 University of Illinois at Chicago study, “Anti-Corruption Report #14,” speak for themselves.

I’d like to see the figures broken down per capita. Who knows, maybe Virginia really is the most corrupt. Even if it’s not, just being in the same league as New York, New Jersey, and Louisiana is a badge of shame.

This entry was posted in Crime , corrections and law enforcement, Scandals and tagged James A. Bacon. Bookmark the permalink.