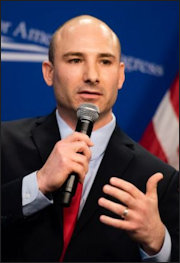 Speaking of corruption (see previous post), this press release from Virginians for Safe Communities just arrived in my email inbox:

Fairfax, Virginia – Yesterday, Virginians for Safe Communities filed a formal complaint [read here] with the Virginia State Bar, the professional standards body for licensed attorneys in the Commonwealth, against the Commonwealth’s Attorney for Fairfax County, Steve Descano, for breaching professional ethics under the Virginia State Bar Rules of Professional Conduct. The complaint requests a formal investigation and appropriate sanctions, which could result in disbarment – preventing him from practicing law and forcing him to resign as Commonwealth’s Attorney, since they must be members of the bar under law.

The complaint stems from January 17, 2023 news reporting by WJLA, since confirmed by Descano, that he and his senior staff use an encrypted self-deleting text messaging app (“Signal”) to conduct official business of the Commonwealth’s Attorney’s office.
Such conduct is in contravention of Virginia’s Freedom of Information Act, although Descano purports his office complies with FOIA.

Virginians for Safe Communities bills itself as a Leesburg-based 501-c-3 organization dedicated to educating Virginians about public safety and justice. Leesburg, by the way, is located in Loudoun County, not Fairfax, so this group, previously unknown to me, is not likely a front for someone’s political campaign — although I’m willing to stand corrected.

Bacon’s bottom line: If your public prosecutors are breaking the law, you might have a major corruption problem.

In this instance, we don’t know that Descano broke any laws. Let’s wait and see if the state bar investigates him and releases its findings before drawing any hard conclusions. But I’ll say this: communicating with encrypted, self-deleting text messages is not a good look.