This is the fourth in a series of columns recommending bringing West Virginia natural gas to Virginia and from there to our allies.

The only way to do get that done with any assurance and speed under the energy emergency in which we find ourselves and the world is for a federal law to be passed that:

I have made that recommendation to Sen. Manchin’s Senate Energy and Natural Resources Committee. Read Chairman Manchin’s opening remarks yesterday to his committee yesterday. You will consider Sen. Manchin to be a potential yes on the proposal.

Committee attorneys can figure out the jurisdiction stripping language. They can also determine whether a federal law that strips jurisdiction from federal courts will also protect the project from state courts under the Supremacy Clause or additional language is needed.

Background. Since the start of the war in Ukraine, Republicans and many Democrats are looking for ways to boost U.S. production of energy.

Virginia and our allies need more natural gas. West Virginia has it. The Marcellus shale has by far the largest potential national gas reserves in the United States.  Additionally, the U.S. Energy Information Agency has written that West Virginia needs to export more of it to maintain the long-term health of the industry in that state.

Key facts of transporting that gas to Europe are these:

Three different pipelines were proposed in 2014 to bring West Virginia gas to Virginia. All are either cancelled or on hold. Each has been plagued with lawsuits and adverse court decisions on pipelines by the federal 4th Circuit Court of Appeals in Richmond. That court has consistently overruled the findings of the federal agencies responsible for certification of those pipelines.

The Supreme Court has concluded as late as 2018 that Congress possesses largely “plenary” authority to determine what sorts of cases the federal courts may and may not hear. It is called jurisdiction stripping.

Offshore LNG facility. There are already floating LNG (FLNG) projects in Australia, Malaysia and Columbia. Those projects pipe the natural gas through a subsea pipeline to moored facilities. 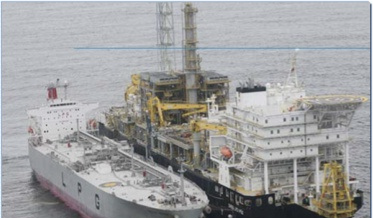 Proposal. I have a proposed to the Senate Energy and Natural Resources Committee a bill that:

We’ll see what the Senate does.

The President and the House would be put under tremendous pressure to support such a bill. Especially if it held hostage what has been usually in recent years an omnibus appropriations act.

Both NATO and Vladimir Putin would be watching.

Virginians would watch to see how our Congressional delegation votes. Before the fall elections.

This entry was posted in Courts and law, Defense, Energy and tagged James Sherlock. Bookmark the permalink.