Democrats Against Due Diligence 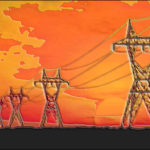 In 2020, as we all know, the Democrat-controlled General Assembly passed the Virginia Clean Economy Act (VCEA) to eliminate fossil energy for electric power generation while simultaneously restricting the regulatory oversight of the State Corporation Commission (SCC). The effect of the legislation was, in effect, a license to pick the pockets of Dominion ratepayers.

Dominion likes to portray itself as a standup corporate citizen that provides low-cost energy to its customers while also excelling at environmental stewardship. If that were true, Dominion and its lobbyists would not have worked so hard to restrict the State Corporation Commission or defeat a proposed amendment to VCEA by Delegate Lee Ware, R-Powhatan, to remove the restrictions on the SCC and allow it to exercise due diligence over Dominion’s almost $10 billion offshore wind farm.

Dominion will use its PR machine to demonstrate that it is honorable and had no hand in defeating Delegate Ware’s amendment. That might be potentially believable were it not for Dominion’s lobbying history and its scandalous political contributions to a PAC — Accountability Virginia — to suppress Republican turnout in our recent election. When the donation became public knowledge, Dominion first attempted to defend its action and then apologize claiming that the contribution was an innocent mistake. While it was demanding a return of its $200,000, Dominion’s CEO and other top executives were making personal contributions to the vote suppressing PAC.

It is this kind of sleazy behavior that provides a strong foundation for restoring the ability of the SCC to exercise real due diligence over the offshore project and other sleight-of-hand accounting to protect rate payers from exploitation.

There are widespread reports demonstrating that our electrical system is becoming less reliable. According to federal data, major disruptions since 2000 have grown from about 24 to over 180. What action plan does Dominion have to maintain its reliability? Is it being diligently implemented?

Last April, U.S. News & World-Report published a list of 10 states with the best energy infrastructures. Virginia was not one of them. What plan does Dominion have for achieving that standard of excellence? Similarly, the American Society of Civil Engineers reports that 70% of the nation’s transmission and distribution lines are more than 25 years old — their life span is 50 years. How old are Dominion’s and what is the rate of upgrading and replacement?

For its offshore wind farm to be productive, Dominion has to have energy storage and back up capacity. What are the utility’s plans for achieving that, and how much is it investing in storage capability and capacity? How much power generating redundancy will Dominion maintain until its windfarm has passed the proof of concept test?

There is no shortage of questions that could be raised about Dominion’s performance, investment plans, and planned increases in rates. Until the SCC can actually exercise oversight, perform due diligence, and take corrective action rate payers are at Dominion’s mercy. It’s ability to make political contributions should be constrained by full and timely disclosure so that its “false flag” initiatives to influence and suppress votes doesn’t happen again.

There should be a Hall of Shame with the names of those delegates who killed Delegate Ware’s proposed amendment.

This entry was posted in Energy, Money in politics, Regulation and tagged Bill O'Keefe. Bookmark the permalink.