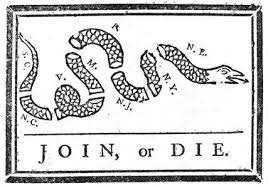 One of the most pleasant surprises that I discovered upon becoming a frequent follower of this blog was the whole world of energy regulation. RGGI, and, now, TCI, were new terms for me. I became aware of the cap- and-trade concept in its first widespread use in dealing with sulfur dioxide emissions, but was not aware of its current use for carbon dioxide.

Steve Haner’s recent post on TCI referred to RGGI and TCI as interstate compacts. That caught my attention. Long ago, in my political science courses, I learned about interstate compacts (my professor wrote what was then the definitive study on interstate compacts). The U.S. Constitution provides, “No state shall, without the consent of Congress…enter into any agreement or compact with another state….” (Article I, Section 10) Virginia has entered into a number of agreements with other states that fall under the ambit of this provision.  The Atlantic States Marine Fisheries Commission, which sets limits on the catches of certain fish species, is one example. Another, more familiar, example is the Washington Metropolitan Area Transit Authority. But  RGGI and TCI have not been approved by Congress, which puzzled me.

It turns out that not all agreements among states constitute an “interstate compact” in the Constitutional sense. The Supreme Court in its first case dealing with interstate compacts (Tennessee v. Virginia, 1895), and confirmed in 1985 in its most recent case on this subject, declared that an agreement among states does not require the consent of Congress if it does not infringe on, or encroach upon, federal supremacy.

The issue of whether RGGI needed Congressional approval came up in its early days. A  Harvard Law Review note set out the arguments in great detail. It would seem that the terms and wording of an agreement among states is important in this consideration. A recent article in the National Tax Journal suggests that “the states’ retention of their individual powers to adopt or reject regulations and to withdraw from the agreement at any time is relevant to finding that an agreement does not require congressional consent under the compact clause.” So far, the RGGI has not been challenged in federal court on the issue of whether it is an interstate compact within the meaning of Article I of the Constitution.

This method of banding together to address a problem without triggering the interstate compact provision of the Constitution provides states flexibility in an era in which Congress is largely dysfunctional. It also presents a conundrum for conservatives and liberals alike. On the one hand, conservative generally like states exercising independence from the federal government. On the other, when it comes to addressing climate change, they do not like the directions in which some states are going. For liberals, who usually like to turn to the federal government for action and distrust states, this use of states to bypass the federal government must seem disconcerting.

Without getting into the details of RGGI, of which I am not knowledgeable, I do not have a problem with the idea of states joining together to reduce carbon emissions. It is a prime example of their performing their function as “laboratories of democracy,” as Justice Brandeis so well phrased it. I am uneasy, however, about Virginia participating in RGGI through executive action, rather than legislative.

If a democratic government, federal or state, is going to embark on a major initiative, the representatives, chosen by the citizens of that government to make policy, should be the ones that make the decision to do so. It is worth noting that eight of the original nine member states enacted legislation authorizing participation in RGGI. Only New York utilized existing statutory authority. New York courts upheld this action of the executive branch and there may be sufficient existing statutory authority for the Northam administration to join RGGI without further action by the General Assembly. Nevertheless, whether positive or negative, this action will have a significant impact on Virginia citizens and it should be the legislative branch that makes the decision on such a major policy initiative.