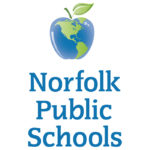 If you ever entertained suspicions that statewide gains in Standards of Learning test scores were illusory, news from Norfolk provides more confirmation of your cynicism: In the first year since the district said it stopped pulling struggling students out of classes, reports the Virginian-Pilot, Norfolk has seen a drop in math test scores.

Two years ago, The Pilot’s investigation found staff at all five of the city’s high schools were removing students from courses mid-year if it looked like they would perform poorly on the state tests required for those classes – a practice commonly known as “recycling.” In other cases, students with failing grades were incorrectly marked absent to excuse them from testing.

The practice was common during the 2014-15 school year and continued to a lesser extent into the 2015-16 school year, a state Department of Education investigation found.

VDOE deserves credit for compelling Norfolk schools to enforce the integrity of the SOL testing regime. But it needs to re-examine previous assertions, based upon statewide aggregation of test scores, that show incremental-but-steady improvement in SOL performance. A  slew of scandals in inner-city school systems calls into question claims that African-American students are making small but consistent gains compared to other racial/ethnic groups.

While the system of public education appears to work reasonably well for whites and Asians, it has failed spectacularly for inner-city African-Americans. Admittedly, educating students drawn disproportionately from low-income families afflicted by absent fathers, chronic financial instability, and child abuse and neglect is a special challenge. The question is: Are these school systems reformable? Or should Virginia be more proactive about  providing alternatives — charter schools and vouchers — that allow African-Americans an escape hatch?

If you’re looking for real institutional racism (as opposed to fabricated racism), it’s staring you in the face.