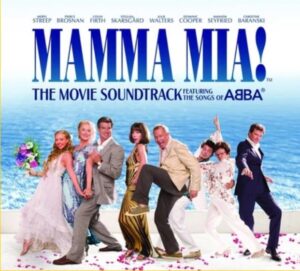 Beauty, the Greeks started saying back in 3rd century BC, is in the eyes of the beholder.

CNBC announced today that Virginia is the Top State for Business in 2021. That’s great news!

Forbes in 2019 had Virginia at #4 and US News had the Commonwealth at #7 back in March of this year.

If you take the four rankings and then rank those? (No, you don’t add and divide by 4 which would get Virginia to 6.25.)

Each ranking is based on different metrics and the internal rankings are not consistent at all.

Chief Executive surveys CEOs who have just three criteria in ranking site selection – Taxes, Regulation, and Talent. (I would offer a more alliterative – Tape, Taxes, and Talent in order to get more clicks – but since they haven’t called…)

So which is it? Does it even matter?

First of all, yes it matters.

Marketing matters in attracting financial and human capital. It also helps a great deal in the most overlooked/never used metric — retention of said capital. As any business owner worth their salt will tell you, it is far less expensive to keep a customer than to gain a new one.

While we tout, herald, and exhort (and should) from the tops of mountains whenever we attract a new customer to the Commonwealth, nary a word is ever said when one leaves. ExxonMobil — Norfolk Southern — Advance Auto just to name a few.

And let’s be honest here — Virginia’s #1 customer is and always will be the Federal Government. Go back and take a look at our rankings during Sequestration.

Ya know what? Don’t.

Let’s stay focused on the future as that is the #1 Main Thing for business and politics.

No one votes or invests on the past. We all bet on the future.

The past merely informs.

My role here is to help deepen the conversation in order to find where Virginia policy makers as well as business leaders can focus their efforts so that we are not just beating the competition at home, but also abroad.

Our economy is global and so is the competition.

A couple of years ago, an obvious political hit job by a British NGO — OxFam — put out (just before Labor Day during the 2019 elections) a hilariously awful ranking declaring that Virginia was LAST in the nation for workers. The goal of this was to gain momentum to repeal Virginia’s Right to Work statute. More on that later… we need to talk…

How could Virginia be first in the nation for business, but last for workers? That didn’t compute. So, I created a ranking based upon ten objective criteria and Virginia came out at #6. Click that link to see for yourself or for the narrative put out click here.

Virginia was only behind Minnesota — Utah — Massachusetts — Iowa and Vermont.

So, what’s the point in all of these rankings? Like polls, they are snap shots in time, but they also can be very instructive. The nuggets are in the cross tabs/metrics.

Policy makers should look into each metric (CNBC uses 85 and US News 70) and see what needs to be done (and NOT DONE) to stay ahead of our competitors. Check to see if any overlap — like Cost of Doing Business (CNBC – 26) and Cost of Living (CNBC -32). Those have been a Caution Light as opportunities for improvement. Virginia might be #1 overall, but #26 and #32 in Costs?

Virginia – Expensive But Worth It! is probably not the next state marketing motto.

Costs matter and are a contributing factor in one of Virginia’s worst rankings — Net Migration. We rank #35 in Net Domestic Migration and #12 in Net International Migration.

According to this UVA’s Weldon Cooper Center report:

Today, migration patterns have reversed, with Virginia attracting thousands of new residents every year from the Northeast but losing an even larger number of Virginians who have moved south to fast growing metro areas and popular retirement communities. In 2018, the most recent year IRS migration data is available, nearly 15,000 more Virginians moved to either Florida, the Carolinas or Texas than residents of those states moved to Virginia.

As has been the case for decades now, people are moving to Virginia for good jobs and good schools. BUT when those are not the factors — meaning retirees and young college graduates looking for less expensive housing and lower taxes — Virginia is losing.

Like all polls, there are Good Numbers and some Uh Ohs.

Virginia is far better off than just about every state, but there are Warning Signs flashing namely on costs. Our competitor states are attracting our future talent (higher ed degrees that we subsidize) and our current wealth (retirees).

If we are to stay ahead and, according to at least one ranking, on top, Virginia is going to need focus on the economy of the future.

The magazines may make news with substantive and instructive rankings, but be mindful that CEOs, regardless of company size, make decisions — every day and usually years ahead of today’s rankings.

Pop a cork, crack a cold one, and high five each other.

And, trust me, we need to talk.

p.s. the whole rankings thing and the Greek beholding of beauty got me to thinking about a scene from Mamma Mia! Set in Greece, Meryl Streep’s character – Donna – is confronted with three former lovers showing up to her daughter’s wedding. Donna doesn’t know which one is the father and suddenly they are all back! In the end, Donna chooses Sam (Pierce Brosnan) over Harry (Colin Firth) and that science guy from The Avengers, Bill (Stellan Skarsgard) who is also the ill-fated Soviet sub commander in The Hunt for Red October. Ah.

p.p.s – Why this scene and why Pierce Brosnan? Well…

Chris Saxman is executive director of Virginia FREE. This column is republished with permission from his Substack publication, The Intersection.

This entry was posted in Business and Economy, Economic development and tagged Chris Saxman. Bookmark the permalink.