Digging Beyond the #1 Ranking 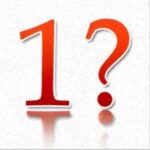 Virginia ranks #1 in the “Top States for Business 2021” ranking produced by the business network CNBC, but it is important to dig into the ten measurement categories. They are not weighted evenly. Changing the former “Quality of Life” measure to “Life, Health and Inclusion,” and adding more points to that category, sealed the deal for Virginia’s latest recognition at the top of that chart.

Virginia’s Cost of Living score remains abysmal, number 32 among the 50 states. Cost of Doing Business, the category with the most weight, had Virginia right in the middle of the pack at number 26. The other overweight category is Infrastructure, and again Virginia had a middling rank at number 24.

Where Virginia’s total score shot past the other top states was in the revised Life, Health, and Inclusion score. At number eleven, it was way ahead of the number two through number five states, North Carolina (ranked 37 in that area), Utah (27), Texas (49) and Tennessee (46).

Virginia’s best rankings, and these have buoyed us all through the history of this report, were Education (number 2) and Workforce (number 3).

Governor Ralph Northam will take and enjoy the victory lap that comes with this recognition, the fifth time Virginia has topped the list in the 14 times it has been published. Fellow Democrat and former Governor Terry McAuliffe -– now seeking another term — will try to share the spotlight, although his term produced drought years with Virginia always out of CNBC’s top five and twice out of the top ten.

Northam’s happiness is doubled by the fact that the last ranking, 2019, also had Virginia at the top. In the intervening two years, Democratic legislative control had dramatically reshaped the regulatory, legal and tax climate in the state. That’s why the Business Friendliness score dropped from third in 2019 to number eleven in 2021 (probably still too high…) Yet here we are still on top of the heap.

What went wrong with North Carolina, which scored better than Virginia in Cost of Doing Business, Infrastructure, Cost of Living, Business Friendliness, and other categories? Read this from CNBC’s online story about Virginia and the runners up:

“But as one of only five states with no statewide public accommodation law to protect nondisabled residents against discrimination according to the National Conference of State Legislatures, North Carolina falls short on Life, Health and Inclusion (No. 37), potentially enough to keep the top spot out of reach.”

Check the linked NCSL listing of anti-discrimination laws, and you see two other states with a goose egg, Texas and Georgia, who have won this CNBC ranking in past years. Tennessee also checked far fewer of those NCSL tracking boxes than did Virginia, which missed only one out of eleven.

One thing our General Assembly has done in the past two years is pass bills against various forms of alleged discrimination, with new state enforcement teams at the ready and serious fines and damages to encourage private legal actions. If that is what America’s business leaders want, Virginia under Northam has provided it. Based on its video presentation, CNBC was also impressed by the recent Confederate statue removals.

In a Tuesday LinkedIn post, Richmond economist Fletcher Mangum brought up the economic concept of “revealed preferences” (actions speak louder than words), and when you look at actual data on the growth of the number of jobs, Virginia is far from number one and is barely in the top 20.

Among all the various rankings, the CNBC version has always carried great weight and when good has been touted by candidates in both parties. Other outlets have different results, and Chris Saxman at Virginia FREE has pointed to Chief Executive magazine’s 2021 report, based on a poll of people holding those jobs. They placed Virginia outside of the top ten.

While the Northam term CNBC scores have exceeded McAuliffe’s, his campaign message is already that he will continue down the same paths as Northam’s. Expect Republican candidate Glenn Youngkin to focus on the less-complimentary aspects of the CNBC report seeking to overcome the “we’re number one” mantra.

But it is a chant that will be taken up and magnified by business boosters, such as the Chamber of Commerce president gloating in this Virginia Business report on the announcement. Expect to see his quote cited again in the campaign.

If the various failed elements of the Democrats’ tax, regulatory and employee rights agenda (such as right to work repeal, a transportation carbon tax and state mandates for paid leave) come roaring back in January, CNBC’s ranking will be their number one exhibit. The 2020 and 2021 changes did no harm, they will claim, and these ideas will also be applauded on Wall Street.

This entry was posted in Business and Economy, Economic development and tagged Stephen D. Haner. Bookmark the permalink.