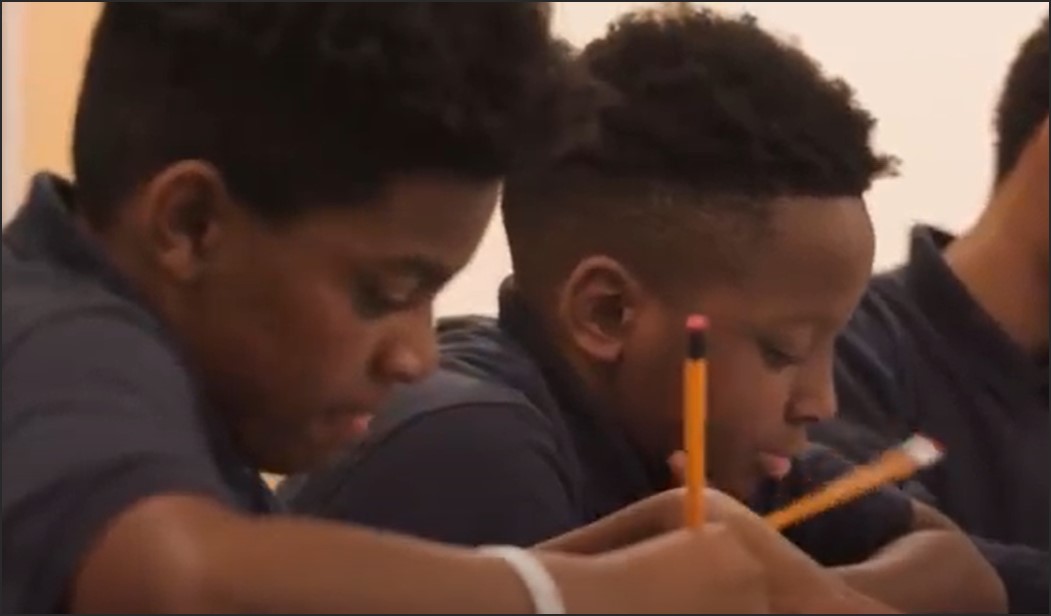 Anna Julia Cooper School was founded as a private, nonprofit middle school in 2009 in Richmond’s poverty-ridden East End. The first-year enrollment in the middle school was 29 students. The founders offered a proposition to students’ families: the school would charge no tuition, but parents had to be committed to the program, which made greater demands and set higher expectations than the city’s public schools.

“In the early days, we had to knock on doors and say, hey, we have a school here,” recalls Laura McGowan, director of development and communications. But it didn’t take long for parents to see the value. Anna Julia Cooper School added an elementary school, the student body has expanded to 176, and now there is a waiting list.

The school has widespread charitable support in the Richmond community, including from churches in the Episcopal diocese. But critical to its expansion, says McGowan, has been a state tax credit, the Education Improvement Scholarship Tax Credit (EISTC), which gives philanthropists a credit on their state taxes equivalent to 65% of their donation. For years the program has been capped at $25 million.

“We like to think that people are donating to the school because they believe in our cause, and the tax credit is an added bonus,” says McGowan. “They go, wow, I can give you more money.”

In the current fiscal year, the EISTC has generated more than $15 million tax credits, which in turn are associated with more than $20 million in contributions. But the deal announced by state House and Senate budget conferees would cap the program at $12 million. Millions of dollars in credits and scholarships will be lost.

McGowan and other members of the Virginia Parents Coalition, which was formed in early 2020 to provide political backing for the program, are urging Governor Glenn Youngkin to reject the cuts, although negotiating changes so late in the budgetary process will be exceedingly difficult.

“The tax-credit deal came as a surprise,” says McGowan. There have been threats to the program in the past. For example, Delegate David Bulova, D-Fairfax, submitted a bill a few years ago to repeal the program, but pulled it back in the face of intense opposition. The budget deliberations were conducted almost entirely out of the public eye, so it is not known who was behind the cuts this time or what their reasoning was.

The scholarship is strictly limited to children from lower-income families. It does not benefit middle-class or professional-class kids.

“The East End (of Richmond) has a high concentration of public housing communities, and poverty, and we’re in the center of that,” says McGowan. “All students are from low-income families. We take at least 75% of them from the public housing community. These are the most at-risk students one can think of. They come from troubled homes. The projects are a rough place to live. There is violence. The kids deal with all kinds of trauma.”

Besides providing an ambitious academic education, the school addresses the children’s emotional well being through counseling and mental health services.

A standard argument against school-choice programs is that they divert resources from public schools that badly need them, and that there is no evidence that they do a better job of educating students than the public schools they compete with. If graduates of these schools fare better, critics say, it’s because they skim the cream of the most motivated families.

I asked McGowan if Anna Julia Cooper has any metrics demonstrating the value of the education the school provides. She pointed to the success in placing its middle-school graduates in top private high schools across the city, where they continue to receive scholarships from the tax-credit program. “The majority of our students end up in private school” such as Collegiate, St. Christopher’s, St. Catherine’s, Steward, and Trinity, and also the Catholic Christo Rey academy, she says. From there, many go on to college.

McGowan didn’t say this, but I will: the chance of kids graduating from Richmond middle schools getting accepted by elite college-preparatory academies are just about zero. According to VDOE data, only 33.5% of economically disadvantaged students in Richmond public schools passed their English reading Standards of Learning Exam in 2020-21. Only 17.5% passed their math SOL. The percentage scoring “advanced” — which one would expect of a student on a college-bound track — was 4.5% and 2.7% respectively. That is criminally low.

Anna Julia Cooper provides a proven way for bright, motivated students in the inner city to escape the dysfunctional disaster of the Richmond Public School system and get on a college-career path. By undermining the finances of Anna Julia Cooper and other schools like it, the budget reconciliation deals a huge blow to upward mobility for poor kids in Virginia.

This entry was posted in Budgets, Education (higher ed) and tagged James A. Bacon. Bookmark the permalink.