Ideas Suffer the Casualty of Casualness 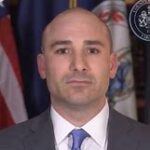 Skilled polemicists and rhetoricians (perhaps even unskilled) can present material in a seemingly unbiased way even while intentionally distorting it. A recent Bacon’s Rebellion article bemoaned the assertion of Fairfax County Commonwealth Attorney Steve Descano in a New York Times op-ed piece that he would “never prosecute a woman for having an abortion.” The blog item further placed in quotation marks, “no matter what the law in Virginia says.” Both quoted selections are, in fact, words from the op-ed.

We owe it to the iconic Paul Harvey to be on guard to hear the rest of the story.

The title of the original ep-ed column is, in itself, political pander, pure campaign bombast: “My Governor Can Pass Bad Abortion Laws, But I Won’t Enforce Them.” Any who accept that Virginia’s governor can pass an abortion law – good or bad – failed grade school civics. Don’t judge the content of an article by a headline that was likely written by the newspaper editor. As for the argument made by Descano, follow the Bacon’s Rebellion post’s hyperlink to the op-ed. There you will see the complete context of the statement:

…in Virginia today women who are suspected of terminating a pregnancy without the assistance of a certified medical professional can face felony charges if they miscarry.

So when the court’s draft decision overturning Roe v. Wade was leaked earlier this month, I committed to never prosecute a woman for making her own health care decisions. That means that no matter what the law in Virginia says, I will not prosecute a woman for having an abortion, or for being suspected of inducing one.

In context, the full and complete CA statement presents a different import of the matter than that communicated to Bacon’s Rebellion readers.

At present, Virginia’s abortion laws are generally consistent with Roe and its progeny. Thus, even were Roe to be overturned, prosecution of a woman for an abortion would be limited to that set of factors cited by the CA, i.e., an abortion not assisted by a certified medical professional. Declining to prosecute in that instance would be a decision involving prosecutorial discretion which is not identical to nullification as asserted in the Bacon’s Rebellion article.

Nullification of law is generally understood to apply to state action as a right to refuse to abide by federal law, often citing to the reservation of powers in the Ninth and Tenth Amendments to the Constitution. Such was the legal argument for secession by confederate states. Historically in regard to state/federal jurisprudence, prior to Virginia’s secessional vote (April 17, 1861) Virginia challenged the authority of SCOTUS (and lost) to interpret federal law or restrict federal courts from interpreting state court decisions and jurisdiction in cases arising in 1813, 1816, and 1821.

To prosecute or not is the equation for prosecutorial discretion and is exercised very often, particularly in plea negotiations. While CA oaths and state law may facially read to the contrary with respect to the practice of such discretion, it is unlikely that any CA (or the General Assembly for that matter) would surrender the capacity. Nonetheless, were abortions absolutely banned in Virginia, every CA could still decline to prosecute a woman for undergoing an abortion.

Conceivably, the discretion might be exercised where it was deemed a life-saving intervention for the mother or the unborn.

There exists another collateral behavior known as selective prosecution where a public official declines to enforce a law. An example might be the traffic stop of an obviously impaired peace officer allowed to proceed without a citation. From time to time, other examples of selective enforcement arise that more directly violate the rule of law and present a threat to others.

The January 20, 2020 issue of The Washington Examiner carried the statement of a VA sheriff (Grayson County): “If the bills go through as proposed, they will not be enforced; they’re unconstitutional. We swore to uphold the Constitution of the United States and the Constitution of Virginia, and that’s what we’ll do.”

Grayson is one of 100 Virginia jurisdictions that have declared themselves to be “Second Amendment Sanctuaries.” At an August 2020 meeting of the Grayson BOS, according to public records, the sheriff spoke in favor of the resolution which had been drafted by the Virginia Citizens Defense League. In this way, the elected sheriff encouraged the elected BOS members to join in opposition to state law. In the absence of a criminal information by law enforcement, prosecutorial discretion is moot.

This behavior and these actions leave little wiggle room to conclude other than an act of nullification of law was intended. There may exist in the minds of some little distinction among the three principles, but they demand more clarity in their usage and publication even where such is merely opinion protected by free speech. Shouting “anarchy” on a crowded blog ought to be substantiated by the rest of the story as Paul Harvey demanded.

Conflating or confusing nullification of law with prosecutorial discretion and selective prosecution falls into the heap of misinformation and misdirection so often condemned by reporters, journalists, media personalities, and even bloggers.

Casualness in the use of terms (including buzz words such as woke) is dangerous to readers and listeners not to mention the substance of any discussion. Ideas ought not simply become casualties in discourse by casual use.

Jim McCarthy is a former New York attorney who now lives in Virginia.

This entry was posted in Abortion and tagged Jim McCarthy. Bookmark the permalink.