Is This a Wise Expenditure or Not? 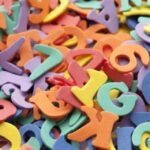 A news release from the Northern Virginia Transportation Commission touts the the fact that it’s Commuter Choice transit program, funded by tolls on the Interstate 66, Interstate 94 and Interstate 395 corridors, has eliminated 3.5 million single-occupancy vehicle trips over five years.

Wow, 3.5 million trips sounds significant. But, wait. That’s only 700,000 trips per year, and 1,920 trips per day on average over the five-year period. (NVTC says it now moves 4,000 people each weekday.) The number of daily car trips taken by Northern Virginians runs in the millions.

Is that a productive use of resources? I don’t know.

Fair enough. But what is the alternative use of that money? Could NVTC have funded road projects that served more commuters, saved them more in time and money, or prevented more automobile crashes?

Again, I don’t know the answer. But it’s important to ask the question. Otherwise, NVTC just another quasi-governmental organization perpetuating another program without any critical scrutiny.