Is It Time to Say Goodbye to Virginia Coal Exports?? 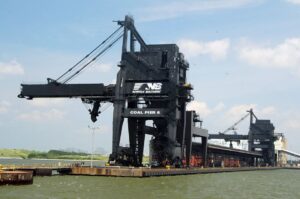 Oilprice.com, a petroleum trade newsletter, has a story that could spell more bad news for the faltering Virginia coal industry.

For many years, the most valuable product from Virginia’s coal fields was coking or metallurgical coal that is exported to other countries for use in steel making.

China has been a crucial buyer of Virginia coal but recent pronouncements from the Communist Party leadership indicate that coal is on its way out after leader Xi Jinping outlined a far-reaching program that set a peak of carbon emissions in 2030 followed by net zero policy by 2060.

The moves could erase Virginia’s coal experts because the demand for the steam coal used to generate electricity has already been undercut by the remarkable growth of renewable energy sources like solar and wind in China and India. As they expand, their costs go down – below those of coal.

According to OilPrice.com, the Massachusetts Institute of Technology is looking at using steel currents to heat iron ore to make steel. Europeans are using hydrogen furnaces. Brazilians are experimenting with blochar which comes from agricultural waste. Some seventy percent of the world’s steel still is manufacturing the old fashioned way that dates to the 18th Century and uses coking coal. That seems about to change.

According to Foreign Policy magazine, Xi Jinping’s announcement of China’s carbon cutting goals last September is a huge step. “Did Xi Just Save the World/” read the headline on the story, which did not get much play in the media.

At the moment, China is the world’s largest carbon emitter and contributed to 28 percent of the globe’s carbon pollution. That’s more than the carbon emissions from the US. the European and India combined, Foreign Policy says.

Xi’s new stance badly undercuts arguments of climate change deniers (including a number on this blog) that it is pointless for Virginia and the U.S. to push carbon cuts and promote renewable energy sources. They say that any good that comes from those plans is pointless since China and India will keep pumping out carbon.

That thinking is very much yesterday’s and it has big implications for Virginia whose coal production peaked in 1990 and has been going down steadily ever since. For about a century trainloads of coal have chugged across the state to docks like Lambert’s Point, Norfolk Southern’s export facility in Hampton Roads that is the world’s biggest.

The momentum for renewables will grow, forced by new technology and more progressive attitudes by technology leaders like Mark Zuckerberg of Facebook and Jeff Bezos of Amazon that are expanding their footprint in Virginia. They want their facilities to use electricity that is carbon-free and that has resulted in big changes in thinking by electric utilities like Dominion.

This entry was posted in Business and Economy, Energy, Environment, Science & Technology, Transportation and tagged Peter Galuszka. Bookmark the permalink.