Is Inova the Best Regional Hospital System in America? How about Virginia’s Others? 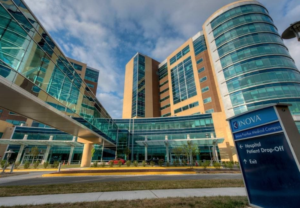 Answer: Inova is at least in the mix for that title.

Fewer than 14% of the hospitals in the country have 5-star quality ratings from Medicare. Another 29% are rated 4-stars.

Inova operates five hospitals. Three of them are rated 5-stars (of 9 in the state) and two 4-stars by Medicare.

Inova has an exemplary board structure and members. Which matters. A lot. Management at the headquarters and at each hospital reflects that board oversight.

We are lucky to have them.

All state acute care and critical access hospitals are in this spreadsheet. We will look at Virginia high performers.

Five-star hospitals. It is notable that two of Virginia’s seven critical access hospitals were awarded 5 stars for quality. Great work there. Inova’s three and Sentara’s two were notable.

Inova Fairfax Campus. Inova’s flagship Fairfax Hospital is rated four stars even in the midst of transitioning during COVID in partnership with the University of Virginia Medical School to a more complete teaching and research facility, which will let it offer the most advanced treatments through participation in trials.

It is also rated as one of the top regional hospitals in America by U.S. News in a remarkable 23 types of care and has been a Leapfrog patient safety hospital with straight A’s five years in a row.

The campus is also home to Northern Virginia’s only Level 1 Trauma Center and offers organ transplant programs for Heart, Lung, Kidney and Pancreas. It is the site of the UVA School of Medicine Inova Campus and the VCU School of Pharmacy Inova Campus.

HCA. HCA provides four trauma centers, two in Richmond, one in Reston and one in Blacksburg. All four hospitals are rated four stars.

Sentara Leigh. Ranked the #2 teaching hospital in America 2021 by Fortune/IBM Watson Health. I can personally vouch for the quality of that facility. They train interns and residents from EVMS.

Riverside Shore Memorial. Special “well done.” In Onancock, way up on the Eastern Shore, this hospital holds a 4-star quality rating and is the state’s only 5-star patient survey rating.

Ballad. Operating in the Appalachian region of Virginia and Tennessee and doing a good job with a tough hand. Achieved 5-star quality with Smyth County Community Hospital.

Bottom line. We are well served as a state. Inova is a star.

This entry was posted in Health Care and tagged James Sherlock. Bookmark the permalink.