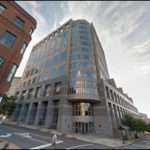 The State Corporation Commission today rejected the 2018 integrated resource plan (IRP) filed by Dominion Energy Virginia, stamping it “incomplete” and asking the utility for additional information in a supplemental submission.

The IRP is only a planning document, and the one for 2017 was just approved by the Commission a few months ago.  But in response to the 2017 plan and the massive revision to utility laws by the 2018 General Assembly, several specific directives were imposed for this next plan, which is supposed to have a longer shelf life.  The SCC asserts Dominion failed to comply with some of those directives.

The IRP process forces the company to show various alternative plans with cost estimates for ratepayer impacts.  The process also gives other stakeholders a chance to dig into the details, challenge facts or assumptions and file questions that must be answered under oath.  The plan under consideration has been unusually contentious, and the critics clearly have persuaded the Commission to question the utility’s position on key points.

A key argument was over the company’s projections of future electricity demand, which underlies its plans to build new generation assets and extend the lifespan of its existing nuclear plants.  If the demand projections are inflated, such investments might be unnecessary to the point of being wasteful.

“The record further reflects that the load forecasts contained in the Company’s past IRPs have been consistently overstated, particularly in years since 2012, with high growth expectations despite generally flat actual results each year,” the order states. “For example, the evidence showed that the Company’s 2012 IRP projected peak load of approximately 21,500 MW in 2017 whereas the actual peak was approximately 19,500 MW.  Moreover, for the past several years, the Company has generally lowered its expected base year forecast with each subsequent IRP, while maintaining a similar slope for its long-term forecast.”

The SCC has ordered the revised IRP to reflect the lower load forecasts produced by the regional transmission organization PJM, which serves the Dominion territory.

It also has ordered the revised IRP to have a true lowest-cost plan to use as a baseline for comparison.  The company used a modeling system to develop and test various alternative combinations of generation sources, looking at both cost and how they match with environmental regulations. But like any computer model, the inputs drive the outputs.

The SCC complained that the various alternatives in the IRP included some high-cost elements, such as the two-turbine offshore wind demonstration project, which skewed the results.

“In its corrected 2018 IRP, for purposes of its least-cost plan, the Company shall not force the modeling to select any resource, nor exclude any reasonable resource. This requirement does not reflect any finding that the Company should pursue any specific resource included in the least-cost plan; rather, as the Commission has repeatedly recognized, the IRP is a planning document, and it is reasonable, for planning purposes, to identify the least-cost plan to provide a benchmark against which to measure the costs of other alternative plans.”

The Commission also demanded full cost estimates for several other elements included in the 2018 General Assembly legislation.  Some are subject to other current cases, but an IRP is supposed to bring all the elements together.

“As previously ordered, the Company shall also calculate the incremental cost impacts of the mandates contained in Senate Bill 966, including a comparison to the identified least-cost plan. This includes CVOW (note: the offshore wind demonstration project); 5,000 MW of nameplate wind and solar, including at least 25 percent of such resources from non-utility generators; $870 million in spending on energy efficiency programs; the 30 MW battery storage pilot; the SUP; the Grid Transformation Plan; and the Transmission Line Undergrounding Pilot.”

A major dispute in the case arose over whether and how to account for costs related to the Atlantic Coast Pipeline, which Dominion expects to use if completed as its future source for natural gas.  Dominion sought to exclude certain testimony about the rate impact of that choice, but in one footnote the Commission overruled those objections and in another reinforced the inclusion of gas transportation costs in cost projections.

The revised IRP with its more detailed cost estimates on alternative plans and General Assembly mandates will likely be filed well after the 2019 General Assembly has come and gone, so whatever actions it takes (if any) will be made without that data.   Perhaps by then the General Assembly will at least have filled the vacant seat on the three-member court.