The State Corporation today found as a factual matter that the two-turbine Commonwealth of Virginia Offshore Wind (CVOW) demonstration project 27 miles off the coast is imprudent and places unreasonable costs and risks on Dominion Energy Virginia’s ratepayers.  It then approved the project citing the clear legislative mandate in an omnibus energy regulation bill passed earlier this year.

Other news outlets will provide the highlights, so focus on the words of the opinion from Commissioners Mark Christie and Judith Jagdmann:

“The Commission has considered the entire record. The Commission finds — as a purely factual matter based on this record — that the proposed CVOW Project would not be deemed prudent as that term has been applied by this Commission in its long history of public utility regulation or under any common application of the term. The Commission further finds, however, that as a matter of law the new statutes governing this case subordinate the factual analysis to the legislative intent…. 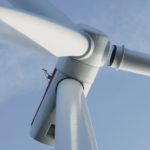 “While we agree with the Sierra Club that, “the General Assembly wants this project,” we do not believe that the General Assembly has directed that facts regarding cost, need or other serious issues pertinent to a prudency petition should not even be developed or included in the factual record, if only for purposes of transparency. Nor do we rule herein as a matter of law that there can never be a set of facts regarding prudency that could overcome the multiple mandated public interest findings in the statutes. (Emphasis added.) There may be, but we need not speculate on which hypothetical factual record would be sufficient to overcome the governing statutes and require disapproval of the petition.”

In truth, it is hard to imagine a worse factual record, a worse example of wasting ratepayer money and imposing ratepayer risk.  For $300 million or more the company will receive only 12 megawatts of power and with the assumed operational efficiency of the turbines that will work out to 78 cents per kilowatt hour.  Then a hurricane may wreck it.

A few additional bullet points from the order’s text.  These are now findings of the Commission, not assertions by skeptics:

That $1.8 billion estimate for a larger wind field in the same location off Virginia Beach, and the estimated 13.1 cent per kWh energy cost, are numbers that had been held confidential during the proceedings.  But the demonstration project will not be using the same turbine technology planned for that larger project and will not have time to demonstrate much of anything before a decision is made on the larger project.

The order is very specific that only the $300 million initial estimate (excluding financing) is approved, leaving open the question of who pays for any cost overrun or how such an overrun might be treated in a future review of earnings and costs.   The $300 million plus financing is money that will not be available for future customer rebates.

To further drive home its point, the SCC also approved a Dominion request for a power purchase agreement for 80 megawatts of solar from a third party.  The news release paired the two announcements and highlighted that the other project is prudent, was competitively bid, and places the risk squarely on the shoulders of the third party provider.  The contrast is clear.

This entry was posted in Energy and tagged CVOW, Dominion, Stephen D. Haner. Bookmark the permalink.