If Money Were Votes 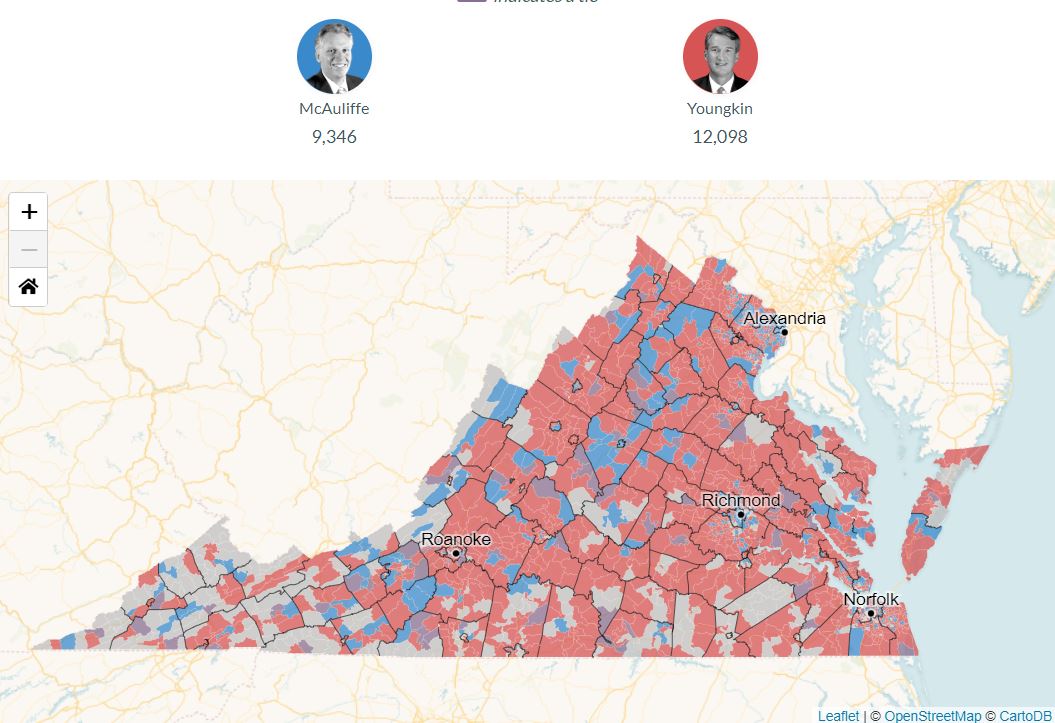 The Virginia Public Access Project has published an interactive map, broken down by precinct that shows the dollar volumes and number of contributors to the gubernatorial campaigns of Terry McAuliffe and Glenn Youngkin. If the number of contributors were votes, Youngkin would win the race handily 12,098 to 9,346.

But McAuliffe remains the big favorite among out-of-state donors. Roughly 30% of his $57 million campaign haul has come from outside the state, compared to 9% for Youngkin.

This entry was posted in Elections, Money in politics and tagged James A. Bacon. Bookmark the permalink.