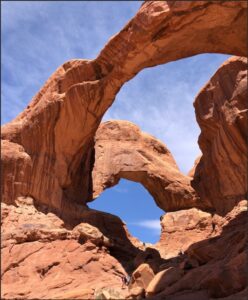 Ahh. It’s great to be back in Virginia. The wife and I had a fabulous time visiting state and national parks in Utah — a trip I recommend to everyone — but I’m glad to be back home. The Old Dominion may not have arches, hoodoos, mesas or other astonishing geological sights, but we’re not running out of water. We can take long, hot showers without feeling guilty about it.

Before I continue, I want to give a shout-out to Jim Sherlock and Dick Hall-Sizemore for keeping Bacon’s Rebellion lively and informative during my absence. For the first time in, like, forever, I spent a vacation without a laptop. It was refreshing not to be thinking incessantly about politics and policy, but I did check on the blog with my tablet, and I do confess that it was frustrating at times being unable to participate in the back-and-forth. Great job, guys!

There’s nothing like a visit to the desert to appreciate something we East Coasters take totally for granted — an abundance of water. Annual rainfall in Virginia averages 40 to 50 inches per year. That’s two to three times the moistest locations in Utah, and four to six times that of Utah’s southern deserts. Despite our meteorological blessings, some parts of the state still find their water resources to be limited. Imagine supporting Virginia’s population on nine inches a year (the precipitation at Moab, population 5,000+, where we spent three nights).

As coincidence would have it, The Washington Post yesterday published an article about the Colorado River, which runs through southern Utah before cutting through Arizona’s Grand Canyon. As the snowcaps disappear, the river is shrinking, even as it supports a growing population. Adapting has been painful and economically disruptive. 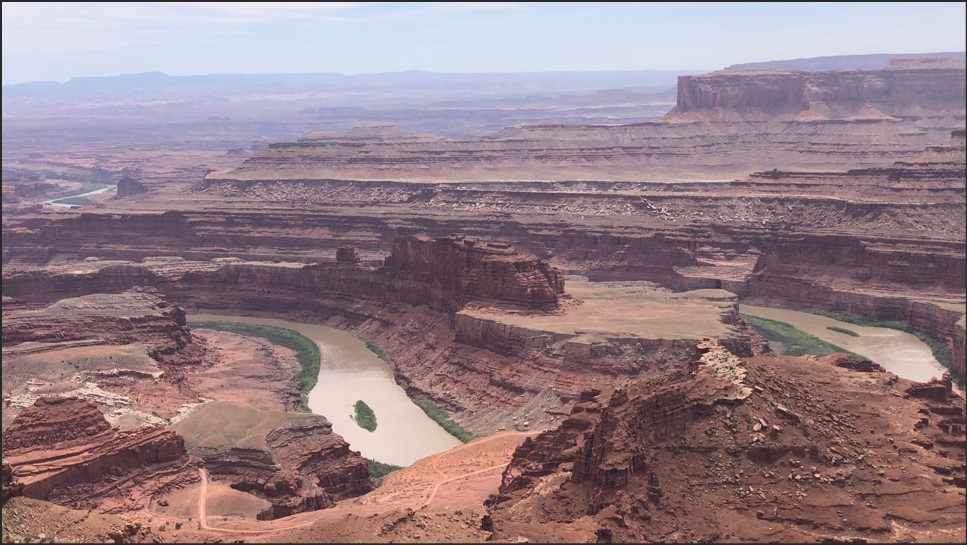 Seen here, the Colorado River snakes through the Canyonlands National Park in Utah.

The Inter-mountain West has enjoyed tremendous population growth over the past few decades, and for good reason. People love the semi-arid climate and the spectacular natural vistas. But that growth can’t continue as it has. Western states are sucking down their aquifers, their rivers are shrinking, and their reservoirs are dwindling — big TV news out west was the discovery of bodies, apparently disposed of by mobsters. exposed by Lake Meade’s receding shoreline. There will be a reckoning.

Abundant water is one of Virginia’s competitive advantages. We should appreciate our natural blessings and take full advantage of them.