Help Me Out. Let’s FOIA UVa about Trespass Warnings 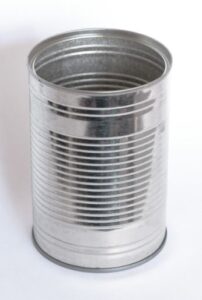 Bacon passes around the tin cup

Back in April 2018 Jason Kessler, the white nationalist organizer of the infamous Unite the Right rally in Charlottesville, found himself the target of a series of lawsuits. He was spotted in the University of Virginia Law School library one day, minding his own business and reading up on the law. Someone recognized him, and word quickly spread. Traumatized by his presence, law school students chased him out of the room. The law school followed up by obtaining a Trespass Warning to bar him from setting foot in the library.

Later that same year, med school student Kieran Bhattacharya attended a panel discussion on the topic of microaggressions. In a question-and-answer exchange, he shocked many attendees by challenging the presenter’s premises. There unfolded a series of events, now the subject of litigation, that culminated with the issuance of a Trespass Warning forbidding him from entering the grounds.

As Ian Fleming’s character Auric Goldfinger memorably told James Bond in “The Man with the Golden Gun,” “Once is happenstance, twice is coincidence, the third time it’s enemy action.”

I have identified two instances in which enemies of the campus Left — one, the detestable Kessler and the other, Bhattacharya, a skeptic of social-justice pieties — have been banned from the university grounds. Could this be, in Goldfinger’s rendering, a coincidence? Or could it signify something running deeper in the UVa culture? Has the issuance of Trespass Warnings become a new tool — unappreciated by the public — for expelling undesirables and enforcing Leftist orthodoxy?

I do not know the answer, but I want to find out. I have submitted a Freedom of Information Act request for copies of all Trespass Warnings issued by the University of Virginia police department since, and including, calendar year 2017. UVa estimates that it will charge me $880 to locate the records and redact them as necessary.

I don’t get paid a dime to publish Bacon’s Rebellion. Reader contributions are applied first to paying for hosting, security, and IT services, and second, if there are sums left over, to promoting readership. If I am to dig deeper into the use and/or abuse of UVa’s No Trespass Warnings, I will need readers’ financial support. Therefore, for the first time ever, I am passing around the tin cup. If you share my concerns about the abuse of No Trespass Orders, please make a contribution by clicking on the yellow “Donate” button in the upper left-hand column.

Trespass Warning policy. By way of background, the official University of Virginia policy for issuing trespass warnings was created April 25, 2018 — six days after Kessler’s expulsion from the law school library. A remarkable coincidence? Hard to say.

The document describes the reason for the policy: “The University of Virginia Police Department is committed to providing a safe workplace and environment for its employees, students, patients, contractors, and visitors.”

A Trespass Warning may be issued by “Authorized University Officials,” states the policy. These officials include:

Trespass Warnings may be issued to enforce “disciplinary outcomes or findings of responsibility for violation of the Student Standards of Conduct or University Policy.”

The University Police are empowered to enforce the trespass warnings. Violation of a Trespass Warning constitutes a Class 1 Misdemeanor and is grounds for arrest. Warnings remain in effect for four years unless removed by administrative action.

If a Trespass Warning has been issued, subjects have five calendar days to appeal. Appeals can be submitted in writing or by email to the Associate Vice President for Safety & Security (the university police chief). They must include “a complete and candid explanation for the conduct that precipitate[d] the warning.” The police chief “shall issue the decision upholding, modifying, or withdrawing the Trespass Warning within 21 calendar days” after receipt of the written appeal. (The current police chief, Tim Longo, was appointed, coincidentally enough, April 10, 2018, just a few days before the Kessler incident.)

For Equal Opportunity and Civil Rights-issued Trespass Warnings, states the policy, there is no appeal

Issues. Kessler was not threatening anyone at the Law School library with anything more noxious than his presence. Battacharya was accused of making threatening remarks in an online forum. There is no way at present for outsiders to tell if Kessler and Bhattacharya would have been considered threatening by the standards of ordinary citizens exercising common sense or if they were guilty of offending the tremulous sensibilities of delicate snowflakes who dominate the administrative machinery of UVa.

Here is how I plan to address the issue. First, I have requested copies of all Trespass Warnings to find out how frequently they are issued, by whom they are issued, and if there are patterns in the types of individuals the warnings are issued to. This is what the estimated $880 will cover.

Depending upon my findings, I can either drop the query or proceed to the second phase, in which I will request copies of all appeals filed against the Trespass Warnings and the outcomes of those appeals. This may make necessary a second appeal for funds.

Lastly, again depending upon my findings, I will endeavor to find out if UVa’s system for issuing and administering Trespass Warnings is unique to the university or if it is practiced widely in the higher-ed community.

This entry was posted in Courts and law, Education (higher ed), Individual rights and tagged James A. Bacon, University of Virginia. Bookmark the permalink.