Excising the “Equity” from Diversity, Equity and Inclusion 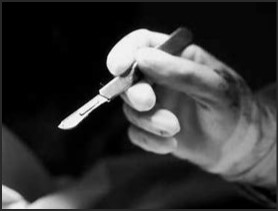 The biggest challenge Governor-elect Glenn Youngkin will face during his four-year term, scheduled to begin four days from now, will be to undo the “progressive” policy prescriptions of the Northam administration inspired by Critical Race Theory. The trickiest of these is Diversity, Equity & Inclusion, or DEI, which is a benign name for a set of pernicious ideas.

DEI has become orthodoxy in K-12 education, higher education, and state government today, and its proponents will defend it tenaciously. Youngkin can be certain that any efforts to reverse the orthodoxy will inspire vocal allegations of racism. It is critical that he frame the issue so as to seize the moral high ground and maintain strong public support.

The first step is to be clear about what is so objectionable about “Diversity, Equity & Inclusion.” It’s not the words “diversity” or “inclusion.” The United States is a nation of immigrants. Virginia is a demographically diverse state. It is appropriate to celebrate our ethnic diversity, and it is axiomatic that our schools, colleges, and government should be open and welcoming to Virginians from all walks of life.

The problem with “Diversity, Equity & Inclusion” is the word “equity.” Equity is not the same as “equality.” Youngkin needs to make it crystal clear that his administration is dedicated to treating all Virginians equally under the law. By contrast, “equity” is not about treating all Virginians equally. In the leftist lexicon, “equity” means equal group outcomes. Statistical disparities between racial/ethnic groups, whether in income, health, or educational achievement, are presumptive evidence of discrimination. To “progressives,” the answer to past racism is not equality under the law but “anti-racism,” which amounts to reverse racism.

The second step is to proclaim that policies designed to create “equity” are counter-productive — they hurt the very minorities they are meant to help. This is most clearly evident in K-12 education, which, as documented by the Standards of Learning (SOL) exams, is disintegrating before our eyes. Academic achievement is worsening across the board, but the decline is most pronounced among Blacks and Hispanics. Educational “equity” is creating a generation of kids, mostly poor, mostly minorities, who have fallen so far behind in reading and mathematics that they are functionally illiterate and innumerate upon graduating from high school. Educational “equity” has all but guaranteed that they will be unable to participate as equals in the knowledge economy.

“Equity” fails to address inequalities in society because it deprives minority students of agency — the conviction that through the expenditure of effort they can improve their prospects in life. Instead, DEI teaches that students are victims of systemic, omnipresent racism, and it places the entire onus upon Whites to change their racist ways. “Equity” also fails to address inequalities because the bureaucratic response to disparities has been to lower standards until the disparities disappear. That helps no one.

Rolling back DEI requires excising “equity” from government policy. This task must be tackled with surgical precision because the concept of “equity” is so entangled in the public mind with “diversity” and “inclusion,” which are concepts that most Virginians support. Thus, the critical third step is to introduce an alternative vocabulary that describes what we’re for, not simply what we’re against.

That’s where conservatives have fallen down. We haven’t achieved consensus on what that vocabulary should be. Whatever terminology we choose, my humble suggestion is to build on the concepts of “equality,” “opportunity,” and “openness.”

“Equality,” as discussed above, refers to equal treatment under the law.

The word “opportunity” conveys the idea that we strive to create a society that provides opportunity for all. An opportunity society does not guarantee positive outcomes. It equips every individual with the tools to improve their lives, but it  is up to the individual to use them. It recognizes the reality that different individuals, for whatever reason, expend different levels of effort, and makes the moral judgment that those who expend different levels of effort are not entitled to the same outcomes.

“Openness” conveys the idea that America is a meritocratic society and that its greatness as a nation entails elevating talent from wherever it can be found. No one is excluded on the basis of race, ethnicity, religion, language or culture. Come one, come all. Everyone is welcome. Government policy plays no favorites.

Youngkin is an excellent communicator, and no doubt he can find words that better fit his style. Whatever the vocabulary, he must adopt a rhetoric that reframes the debate on terms that a large majority of Virginians will endorse.

This entry was posted in Culture wars, Education (higher ed), Education (K-12) and tagged James A. Bacon. Bookmark the permalink.