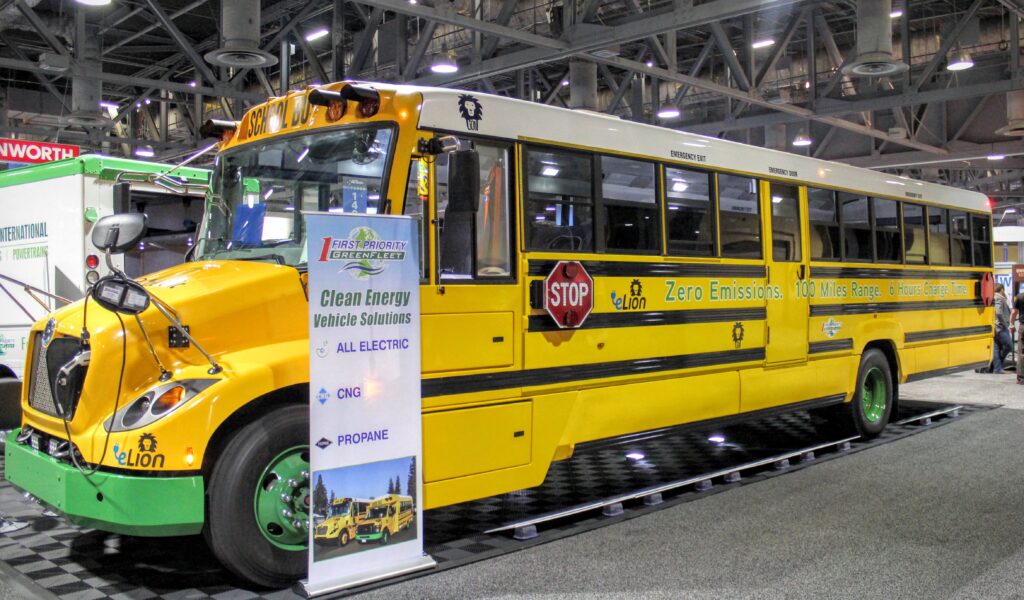 Having voted to give Dominion Energy Virginia a blank check to spend billions of your money on offshore wind turbines, the Virginia House of Delegates will vote today to provide hundreds of millions more from your pockets for electric school buses.

Last week the House defeated a similar bill, twice. It received only 35 votes the first time and 44 votes the second. The response from the utility and the Senate patron was to introduce a new bill “Thursday,” after she received unanimous consent from her fellow senators.

Sen. Louise Lucas, D-Portsmouth, told Senators the bill she was putting in was identical to the one they had voted on previously. People in the House suffered from “miscommunication,” she said, and didn’t vote the way they were supposed to (see video at the bottom here.) But once Senate Bill 1096 got over to the to the House Commerce and Labor Committee in a special called meeting on Saturday, a substitute bill appeared for approval. Trust me, that had been the plan all along.

Neither of the special committee meetings was streamed and archived. Because the legislature will be having a Sunday session to clean up the unfinished business on its calendar, Dominion gets another bite at your wallets. Bored legislators will have lots of time to peruse incoming emails and tweets. (UPDATE: At 5 pm Sunday the House adjourned without voting on this, but is returning Thursday for more of its overtime session.)

As with everything the General Assembly does for the utility these days, the project is declared “in the public interest” and will be financed through a rate adjustment clause, an additional rider on Dominion customer bills. With several new add-on charges coming in the omnibus energy bill, one more will barely be noticed. For the buses the utility might also pay for them with the excess profit money it otherwise might have to return.

The buses cost $200,000 or more above the cost of a diesel vehicle because of the batteries, which Dominion plans to use as an energy storage system distributed around its territory. The batteries have a 220-kilowatt capacity, it was said in an earlier committee hearing. A question from Bacon’s Rebellion to Dominion back in February was ignored, but that seems that works out to more than $1 million per megawatt of storage.

Draining the batteries while the buses are parked creates the possibility they won’t be charged for their runs. The new bill recognizes that, as did the old one.  Here is the new language:

The new bill adds yet another wrinkle, an exemption from local business property taxes for the buses, which will be owned by the utility and thus taxable. Unlike for solar, this appears to be a total exemption. It will set the precedent for other battery storage facilities to come, a major policy change.

This is shameless rent seeking, pure green grease for the utility. The legislators who have voted for this may have some explaining to do to constituents. Legislators who switch from opposition to support will be the most visible in the pack.

During the debate on the larger renewable energy bill Thursday, the strongest speech in opposition came from Del. Lee Carter, D-Manassas. (Start about 9:40 in on this video.) Claiming that nobody in the body is more worried about the climate than he is, he called the bill:

“…an attempt by Dominion to continue to feed its addiction…to its monopoly power and to ratepayer money.” Picking up (don’t tell me he’s a reader) on my “resistance is futile” meme, he said the utility has “adapted” to the new political reality “and they are doing their gouging on renewable energy projects,” taking advantage of the desire to attack climate change in any way possible. Carter is not yet among the assimilated, unlike most of his young colleagues.

There is no better example of his true statement than this bill, up for a final vote today.  It also proves once again that no bill is really dead until the circus leaves town.