Election’s Over; Time to Govern 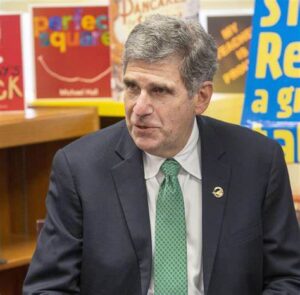 The fall in the NAEP test scores of Virginia fourth-graders is alarming. A decrease itself is not surprising; in fact, it was expected in the wake of the disruption in schools caused by the pandemic. It is the magnitude of the decrease that is surprising and alarming.  That it was the largest decrease in the country is also embarrassing.

Governor Youngkin declared it “catastrophic” and proceeded to blame his predecessors.

It should be pointed out that the Northam administration and the “mainstream media” had begun sounding alarms several years ago. The Richmond Times-Dispatch, much criticized on this blog, declared in 2018 that “Virginia’s failing grade on reading SOLs must not be tolerated.” The administration began to take steps after the release of the 2019 NAEP scores to address the problem.  James Lane, then Superintendent of Public Instruction, expressed his dismay over the widening gap in the reading scores and declared the Department of Education (DOE) would examine the methods used by divisions in which students had scored well with an eye to determining whether those methods could be replicated in other divisions.  He also scheduled a statewide literacy summit in early 2020 in Charlottesville to address the problem. Then the COVID-19 pandemic hit and whatever was decided at that summit took a back seat to the efforts just to keep schools operating at some level during the crisis.  As the pandemic eased and schools re-opened to in-person instruction, it was recently pointed out on this blog that the Northam administration’s outgoing budget “prioritized reading initiatives for 1st, 2nd and 3rd graders.”

What has Governor Youngkin proposed? For months, his administration has advocated increasing accreditation standards and the SOL “cut scores.” He reiterated those goals in the wake of the NAEP scores. The top priority listed in the Governor’s news release was “Raise the Floor and the Ceiling” and the fourth priority was “Hold Ourselves and Our Schools Accountable.” Those goals were also expressed by Secretary of Education Aimee Guidera, as reported by Jim Bacon on this blog.

Neither the Governor’s news release nor the Secretary’s presentation contained any details. However, the Richmond Times-Dispatch reports that Youngkin declared that “his top priority is for the state Department of Education to establish the highest passing threshold in the country.” Furthermore, he was specific as to his timeline: “by the time our students take SOL exams next spring.” Furthermore, he is asking the Board of Education to “overhaul” the state’s accreditation standards for public schools.

Given that the administration and others have been talking about higher accreditation standards and have criticized the lowered SOL cut scores since it took office, it seems reasonable to examine what the Department of Education (DOE) and the Board of Education (which has a majority of Youngkin appointees thanks to the machinations of Republicans in the General Assembly) have been doing to move on these high priorities.

The Board of Education did not meet in July. For August, there were no agenda items for the Board’s work session or business meeting pertaining to revising accreditation standards or the SOL passing scores. Under the agenda item, “Discussion of Current Issues—by Board of Education Members and Superintendent of Public Instruction,” the “Superintendent’s Update” memo did not mention these issues.

At the Board’s September work session, DOE staff gave a lengthy overview of the accreditation process. It is a complex one. The discussion among board members following the discussion was enlightening, particularly the explanations of the “hold over” members of what they were trying to accomplish with the changes instituted several years ago. For anyone interested in the Commonwealth’s school accreditation process, I recommend watching the video of the meeting. The presentation and discussion lasted about an hour and a half. (Videos of the Board meetings and copies of presentations can be found here.)

There were no items on the agenda for the Board’s September business meeting relating to changes in the accreditation process or to the SOL cut scores.

For its October meetings, the Board heard a presentation on the support that DOE provides school divisions in which weaknesses have been detected. The agenda for the October business meeting had no items related to accreditation revisions or changes in the SOL cut scores.

In her “Superintendent’s Update” memo for the October meeting, Jillian Balow highlighted three issues: the upcoming release of the NAEP scores; the board’s annual report to the General Assembly; and the pending, proposed History and Social Science Standards. This last issue consumed 1.5 pages of the 2.5- page memo.

During the summer, Balow had asked the Board to delay approving the revised History and Social Science Standards for a month or so in order to correct some technical errors. In the October memo, she proposed a major overhaul of the format of the document with consideration by the Board extending to August 2023. The Board members spent two hours of its business meeting discussing this proposal and the format that should be used for the standards document. Two Board members expressed dismay over the extensive extra time being proposed to devote to the History and Social Science Standards, pointing out that other critical issues, including accreditation and SOL scores, needed attention.

To be fair, the September and October meetings occurred before the Governor announced his marching orders for DOE and the Board to develop the highest passing threshold for SOLs in the country by next spring. In fact, that pronouncement may have caught even the Secretary of Education and the Superintendent by surprise. I was told recently by a close observer of the Governor’s office that Youngkin has a habit of making policy announcements that catch even his policy office off guard. (I can imagine the scrambling going on after one of these announcements hits the press.) The November meetings of the Board of Education should be interesting.

As a final note, while poking around the Board meeting videos and agendas, it became apparent to me that membership on the Board of Education is not for the faint-hearted. The Board generally meets eight times a year. A “meeting” is often a two-day affair. The first day is devoted to any executive session that is needed, as well as committee meetings and a work session of the whole board.  The business meeting, which includes a public comment period that can be quite lengthy, is on the second day. Each day is a long one. Furthermore, there is often material to be reviewed in preparation for upcoming meetings. For example, the proposed History and Social Science Standards document reportedly is over 400 pages long.