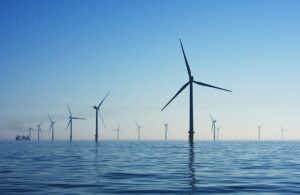 A study by the Kleiman Center for Energy Policy at the University of Pennsylvania concluded that reaching long-term offshore wind power targets presents serious challenges with “the most pressing being the need to build out the electric grid to reliably and economically deliver vast quantities of offshore wind power.” And that also involves building adequate storage capacity.

Although the SCC has approved Dominion’s plan for building a smart grid, it remains to be seen if its implementation will match the rhetoric and the operational needs of the offshore wind farm. Dominion has balked at being held to meeting a performance standard, which is telling.

An enhanced grid is essential because intermittent wind makes it necessary to compensate for periods of low or no wind while also matching demand and supply. Dominion is now in year three of its smart grid plan, so compatibility is based on analyses that are heavy on assumptions and light on empirical data.

The challenge facing Dominion may be best summarized by the observation that there’s a disconnect between the need for a stable grid that supplies electricity on demand 24 hours every day and the asserted moral obligation that we use non-dispatchable, intermittent, and generally unreliable renewable power in spite of the fact that intermittency is presently the enemy of a stable electric grid. California, which is far ahead of Virginia in moving to renewable energy, recognizes this. The California Independent System Operator (CAISO) has said the “biggest challenge of managing a greener grid is maintaining a precise balance between supply and demand as the percentage of intermittent power from renewables increases.”

Since wind power is non-dispatchable, Dominion will have to invest in batteries to store excess electricity for periods when there is low or no wind. But the batteries that utilities use today typically can only store power for short periods — about six hours or less. As Dominion increases the share of electricity from renewables, four- to six-hour batteries will not be adequate, according to many experts. To accommodate the ups and downs of renewable power generation, a battery that can provide 16 hours of storage would be the most cost-effective option, according to Hugh McDermott, senior VP for development for ESS Inc.

Achieving that 16-hour goal requires advances in battery technology. Presently, the focus is on “Flow Battery” technology, which has been in research and development for several decades and only recently is starting to gain some real-world use.  The main difference between flow batteries and other battery types is that aqueous electrolyte solutions are stored in exterior tanks and pumped toward a flow cell membrane and power stack. The larger the storage tanks, the more electricity can be generated.

While this technology is effective and proven, the ability to manufacture it in volumes at a commercially viable cost does not exist because of large upfront investment costs. And that means manufacturers will be seeking government support as the lithium ion developers did to offset these costs.

When Flow Batteries are finally produced for utilities, it is almost certain that the high cost of manufacturing will be reflected in their price and that Dominion customers are likely to end up underwriting a large part it. Will the SCC make Dominion include battery storage costs in the cost ceiling of the windfarm or will it be exempted?

Given that Dominion’s windfarm involves advances in technology that are still being demonstrated, Dominion’s lack of experience in building large offshore turbines, and the cost of advanced battery storage, the SCC would do well to examine the robustness of Dominion’s cost analyses and also take a hard look at the worst case scenario in terms of both cost and implementation. The fact that Dominion balked at having to meet a performance standard is an indication of its own uncertainty and unwillingness to bear risk.

William O’Keefe, a New Kent County resident, is founder of Solutions Consulting and former EVP of the American Petroleum Institute.

This entry was posted in Energy, Uncategorized and tagged cost, Dominion, wind farm. Bookmark the permalink.