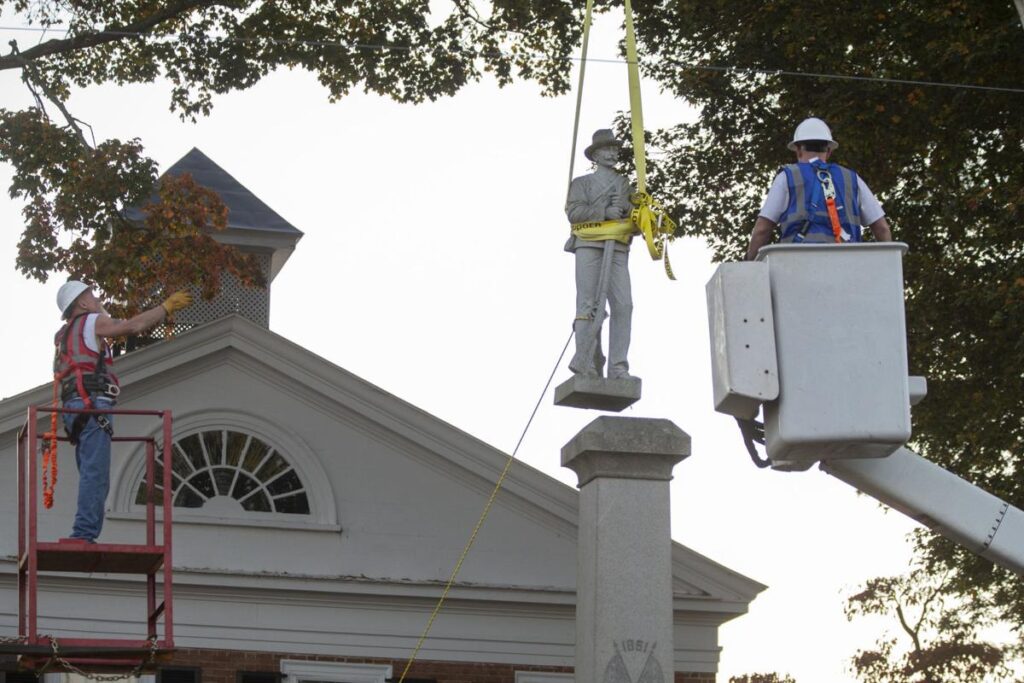 Using volunteer labor, Caroline County has removed a Civil War statue from the front of the county courthouse for approximately $6,000. The county had received estimates ranging in price from $170,000 to $260,000 from out-of-town companies that would have charged for lodging and other costs, reports the Free Lance-Star.

Balking at the price to move the 43-ton monument, county building official Kevin Wightman and a crew of more than 20 volunteers stepped up. Community members donated a forklift, trailers, straps, and plywood. Wightman had requested a $25,000 budget, but ended up spending less than $6,000. Said Wightman: “This is Caroline County. We take care of our own and we’re fully capable.”

“It doesn’t have to cost hundreds of thousands of dollars to do this,” said Board of Supervisors member Jeff Black. “If you have people that are skilled, you can take them down and move them to a more appropriate place if their governing body decides to do that. I really think this is an example of how it can be done and done in a cheap manner.”

Presumably, that was an oblique reference to the $1.8 million contract Richmond Mayor Levar Stoney signed to remove four Civil War statues several months ago. Stoney, who awarded the contract to a campaign contributor in violation of city and state protocols, maintains that he was acting in a state of emergency and could find no one else to do the job.

This entry was posted in Culture wars, Scandals and tagged James A. Bacon. Bookmark the permalink.