Can Education Standards Be Brought Back? 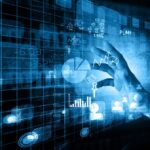 “… score standards were adopted that made it easier for students to pass; and changes in accreditation regulations let schools off the hook for their failures.”

The words of Governor Glenn Youngkin at Thursday’s unveiling of a new report analyzing the decline of Virginia’s public education?

Nope. They came from The Washington Post, in a February 8, 2020 editorial titled “Virginia made a mistake by easing its academic standards.”

Three years earlier, The Post presciently predicted the standards decline after interviewing the future governor: “Mr. Northam claimed to believe in accountability, but was utterly unable to explain what he means by the word,” as Northam suggested different standards for different students.

An editorial titled, “Virginia’s retreat from academic rigor,” noted: “Creating different expectations for children does them no favors; it just allows adults to escape responsibility…. The emphasis appears to be not on actually improving schools but rather on approving how they appear….”

This was precisely the result of the last eight years. And it is precisely what the Virginia Department of Education report has exposed.

The report contains nothing new: the information was there all the time. The new team at Education simply put it all together in one place, and the data are not good: declines in reading and math on the Nation’s Report Card, declines in the way Virginia measures its standards of excellence, ever-widening socio-economic achievement gaps, and an “honesty gap” when comparing results on the Nation’s Report Card assessments vs. Virginia’s Standards of Learning.

Whereas, in 1994, a report like this inspired cooperative and corrective action by a Republican Governor and a solidly Democratic General Assembly, in 2022 it has inspired only vituperation from the Left, with claims of “cherry-picking data” and even a claim to taking “us back to the days of Jim Crow.”

The data involved is comprehensive – going back several years and emphasizing pre-pandemic trends. Comparing The Nation’s Report Card – or the National Assessment of Educational Progress (NAEP) – is especially valid because its use was intended back when President George W. Bush and Senator Ted Kennedy were calling the shots on federal education policy. Instead of one national test, states were permitted to execute their own exams with NAEP providing a common yardstick for states to measure their progress.

It is why the Institute of Education Sciences (IES) produces biennial reports making those comparisons, and by thumbing through those reports (here, here, here, and here), Virginia’s decline is documented.

The theory of the IES reports is that if a state’s standards fall too far behind, smart people will fix it. A 2016 report by Harvard’s Kennedy School of Government noted that 45 states had increased their proficiency standards. Four states slipped, and Virginia was among them.

By 2019, Virginia stood alone: the only state with a rating of “proficient” that was below Basic. Other states had worked to improve their proficiency standards. Virginia didn’t. In fact, it doubled down in the wrong direction.

Between 2013 and 2017, Virginia’s standards for proficiency in 4th grade reading had dropped from 17th to 48th , causing even Northam’s State Superintendent to recommend a higher “passing grade” on the state literacy exams, warning,  “setting the cut scores too low would mask the needs that many students have in our schools.” In the past, this was usually enough for a responsible Board of Education to vote for strengthening the cut scores.

The Northam Board would have none of it, in its November 19, 2020 meeting unanimously slashing the standards for success and their measurement even further. When Mr. Youngkin replaces Board members, this is why they need to go.

The main point made by Virginia Superintendent Jillian Balow is clear: “The proficiency benchmarks on Virginia’s fourth- and eighth-grade reading tests map below the Basic level on NAEP and are the lowest in the nation (emphasis mine). While other states have raised standards on their state tests to align more closely with NAEP proficiency, Virginia has moved in the opposite direction.”

The results have been devastating, hollowing out any responsible means of measuring student progress and imploding the state accreditation system. They are especially devastating for students of color or limited means, as school systems abandoned strength in standards for a Lake Wobegon-ish equality of outcome, instead of doing the much harder work of helping students learn.

The Youngkin Administration rang the alarm bell, but has its work cut out for it – and there should be no illusion that it needs to combine both reforms and a budget to pay for them. For example, training teachers for high standards in 1994 cost $59 million … $115 million in 2022 dollars. And while Virginia has dropped from 3rd to ninth place in the percentage of students qualifying for college credit on Advanced Placement tests, six of the 8 that outpace the Old Dominion underwrite the AP exam fees. Virginia does not.

Democrat Andy Rotherham served on the State Board of Education and in his most recent column offers a chart, asking: if you think these 8th-grade math and reading outcomes (and pay attention to the gaps) are good enough, then, yes, you should oppose this. If not, let’s see if there is a bipartisan center for a meaningful school package touching on the various dimensions of this problem ….”

Nearly three decades ago, politics was dropped at the schoolhouse door to do what was right for all children, but most especially those in greatest need. Since then, hyper-partisanship on both sides has ruled the day in nearly every aspect of policymaking.

Can this issue possibly become the exception again?