Signaling his intention to transform Virginia’s public school system, Governor-elect Glenn Youngkin announced today the appointment of outsiders to the positions of superintendent and assistant superintendent of public instruction — the top two officials in the Virginia Department of Education.

“Jillian and Elizabeth are going to be crucial in helping Secretary of Education Aimee Guidera restore excellence in education,” Youngkin said in making the announcement. “Under my direction, they will get to work on ensuring our schools remain safely open, ban critical race theory and political agendas from our classrooms, and rebuild our crumbling schools.” 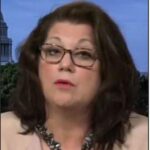 Wow. Youngkin’s campaign rhetoric wasn’t just campaign rhetoric. He’s not recruiting retreads from the Virginia public school system. Between Balow, Schultz, and Aimee Guidera, his pick for Secretary of Education, he’s putting in charge three outsiders not beholden to the educational establishment in any way.

Balow is a fifth-generation Wyoming native who graduated from the University of Wyoming. She taught in Wyoming classrooms for ten years. Among her accomplishments as superintendent of Wyoming’s public schools, says her profile page:

Schultz, by contrast, does have Virginia ties. A graduate of James Madison University, she served eight years on the Fairfax County School Board. As a senior executive in Parents Defending Education, she has been an outspoken critic of Northam administration education policy. You can get a flavor for her thinking in a column published in Bacon’s Rebellion: “The Left Is Lying: CRT Is Peddling Hate in Our Schools.”

Bacon’s bottom line: Glenn Youngkin will not be a “business as usual” governor. His cabinet picks are ample proof that he will not shy away from confrontation. I can promise you, the next four years will be eventful.

As an aside, I wonder if the media and punditry will credit Youngkin with appointing a team of three strong women to transform Virginia’s public schools.