Board of Education: Stick to Your Guns! 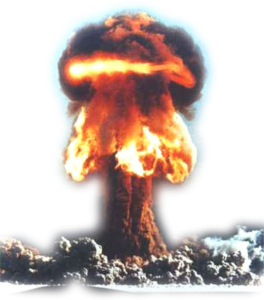 The Youngkin administration’s proposed revisions to the history and social-science Standards of Learning have run into a buzz saw of opposition from critics who claim the standards aren’t, for lack of a better word, “woke” enough.

As The Washington Post summarizes the changes: “The new proposed version generally places less less emphasis on the perspectives of marginalized peoples, removes suggested discussions of racism and its lingering effects, and promotes the workings of the free market, with limited government intervention.” Left-leaning educators and lawmakers argue that the standards “offer a simpler version of history that pays less attention to the perspectives and lives of people of color, especially Indigenous and non-European communities.”

After a four-hour public comment session, the State Board of Education (SBOE) has voted to delay consideration of the standards.

I urge Youngkin-appointed board members to stand firm.

The interpretation of history is inherently political. There is no way to be purely objective, because there is no avoiding making value judgments regarding what every child should learn. This battle is part of a larger struggle in our polarized society over competing narratives regarding the legitimacy of American institutions. This battle plays out in higher-ed, the media, museums, churches and other cultural institutions.

The left has won that battle almost everywhere. Aside from churches, the only domain that remains contested is K-12 education.

The Standards of Learning are updated in a years-long review process. The Northam administration pushed the history and social-science standards to the left. Now it’s the Youngkin administration’s turn to push back. So, do it. You might not get another chance.

The educational establishment will always be able to mobilize massive displays of support for its leftist positions. It has organizational heft — not just the Virginia Education Association teachers union but a host of other professional organizations and advocacy groups all captured by the left — that conservatives can’t begin to match. It’s fine to consider input from those groups, but it’s not the job of SBOE members to do their bidding. Your responsibility is to the people of Virginia.

Update: A correspondent tells me that the proposed standards were “unworkable for teachers,” and would have caused chaos if implemented in their current form. The draft needed clean-up work, and that’s the reason the Board voted to delay it. The source is informed and credible, and I believe him.

None of that changes the larger points I make above regarding the necessity of standing firm in the culture wars. The good news here is that the Youngkin appointees on the SBOE decision to delay did not constitute a buckling to the wokesters. VDOE needs to address real problems in the draft that transcend partisan politics.

…Our commitment is to provide best-in-class standards guided by his foundational principle to teach all of our history — the good and the bad. A first step in accomplishing that goal required decoupling Virginia’s standards and instructional guidance (called curriculum frameworks), which had been combined and conflated under the Northam administration in an earlier draft. We made that first step to better serve the teachers and parents utilizing these documents and, yesterday, the State Board of Education moved forward our revised draft standards document for further revisions and public comment before accepting the standards for first review at a later meeting. Now, the Board and the Department of Education staff are working to correct any omissions and errors as we continue to seek public input….

This entry was posted in Education (higher ed) and tagged James A. Bacon, SOLs. Bookmark the permalink.