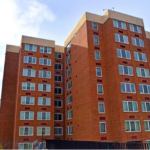 Bice House – All photos and diagrams courtesy University of Virginia

So, the University of Virginia conducted a formal threat investigation of allegations of student possession of firearms on the Grounds.

Except it really didn’t.

The accused was found after three murders and two woundings to have possessed in his dorm room a small arsenal.

The Threat Assessment Team (TAT) knew that the student had been accused of talking of possessing a gun. That was the reason the TAT was convened.

The TAT had access to State Police records including

Let’s see who they sent to interview him. From the Charlottesville Daily Progress:

However, (Chief) Longo noted, neither the off-Grounds tipster nor Jones’s roommate ever saw a weapon, and Longo implied that the Office of Student Affairs unsuccessfully attempted to speak to Jones.

They sent someone from the Office of Student Affairs. On a gun-threat issue.  What could have gone wrong? It is perhaps a good thing the student refused to cooperate.

They did none of that. They “meant” to refer him to the student-run Judiciary Committee. For a three-month wait for a trial and a stern warning or community service. The University actually announced that had happened. But that announcement was not true.

They later announced there was a “snafu.”

The student, the now-accused murderer, was treated with extreme and deadly deference by University security officials.

Accused Shooter’s Housing Contract. The Undergraduate Terms and Conditions of Housing include:

Prohibited Possessions: To ensure the safety of all residents, certain items are prohibited within all on-Grounds residential areas; it is your responsibility to review and remain aware of the list of prohibited items.

Removal of Student Property: In the event of an emergency or other exigent circumstance, the University and its agents may remove students’ belongings from the Premises for cleaning, inspection, repair, storage, and/or protection …. Should the University discover items that raise concern for immediate safety or a significant violation of University policy or law, this matter may be referred to the appropriate authorities.

Student Conduct: Students at the University of Virginia are subject to all Federal, State, and local laws, as well as the University’s Standards of Conduct, academic, financial, and non-academic rules and regulations. This License prohibits violations of those laws and regulations. All sections of this document and any policies referenced by it are considered formal requirements and part of Housing & Residence Life policies. Failure to adhere to these laws, regulations, and requirements may result in immediate removal from University housing, Interim Suspension, and/or disciplinary proceedings. (emphasis added)

The arsenal. Again from The Daily Progress:

The inventory included a Ruger AR-556, which is a semi-automatic rifle, and a Smith & Wesson model 39 pistol—along with a pair of full or nearly full 30-round AR magazines, a box of Winchester .223 ammunition, and a pair of Glock 9-millimeter magazines.

Other things that (Trooper) Tuggle seized from Jones’s apartment in Bice House included an optical sight, a red dot sight, fiberglass gloves, a buffer spring, holster, and a back strap. Among the items taken was a single 9-millimeter bullet.

The dorm room seizure did not include the Glock 45 9-millimeter pistol that he bought from the sporting goods store. Depending upon the configuration, a Glock 45 retails for between $540 and $700.

The .223 ammunition was for the rifle. The 9 mm bullet was for either of the pistols. A single bullet signals he loaded a clip and had one round left over. He may have taken the box with him.

He bought the rifle and the AR-566 legally at Dance’s Sporting Goods in Colonial Heights after his Petersburg felony charge had been reduced to a misdemeanor. No word yet that I can find on the origin of the Smith and Wesson 9mm.

I expect the Glock was the weapon he used to kill three and wound two.

Bice House. Bice is an eight-story apartment building with double occupancy bedrooms in two- or three-bedroom configurations. It is for upperclassmen and has a Resident Advisor (RA). For a tour see here.

From the University of Virginia.

Bice’s air-conditioned, furnished apartments are located south of Cabell Hall at 583 Brandon Avenue. The two- and three-bedroom units offer double occupancy in each room and one or two bathrooms. Each apartment features a large living area and a kitchen with stove, refrigerator, and sink. Kitchens in Bice have been upgraded with new cabinets, countertops, and appliances.

It is university property, a key factor in this case. 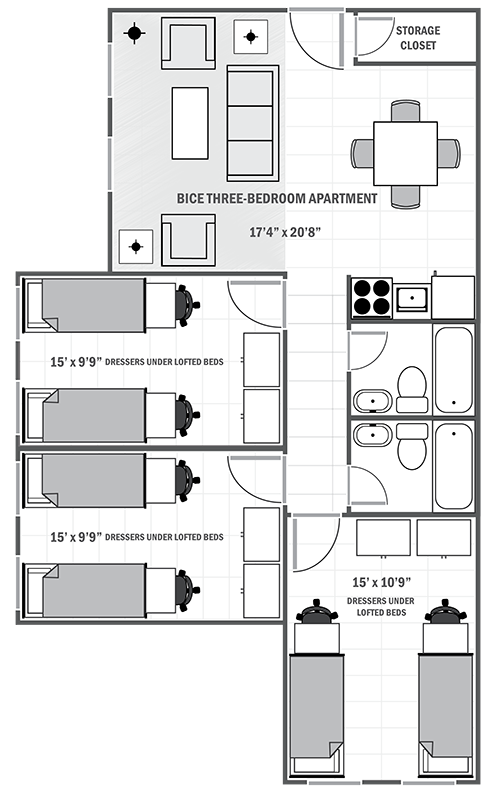 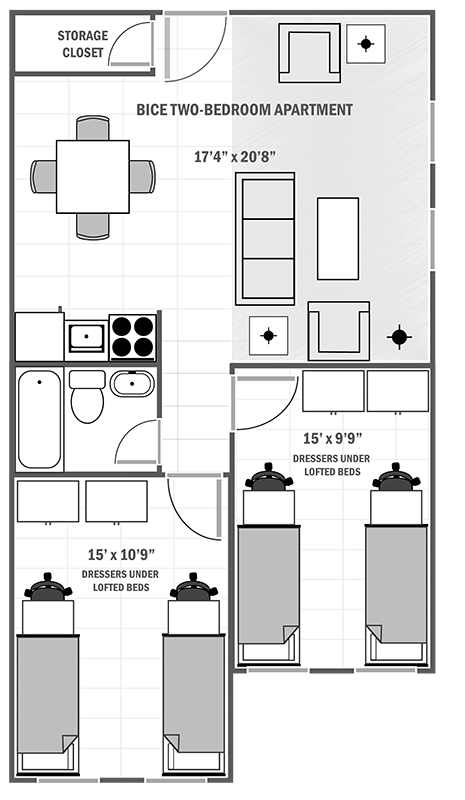 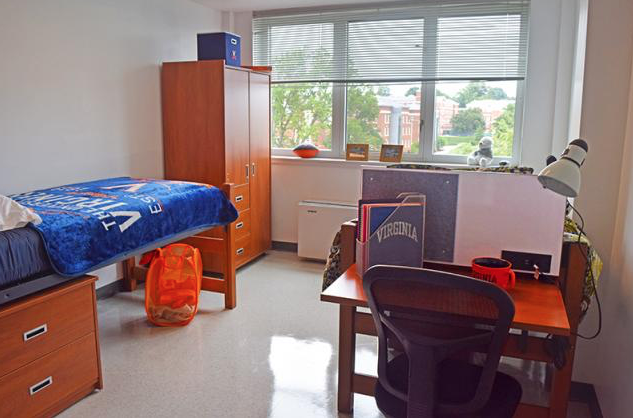 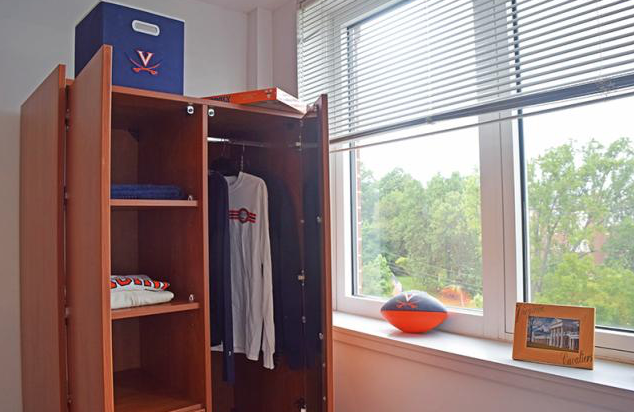 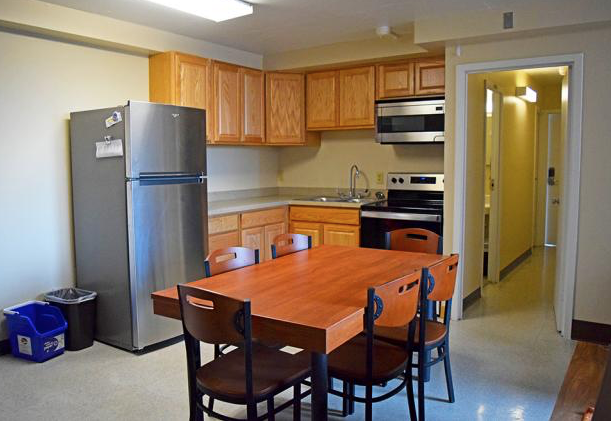 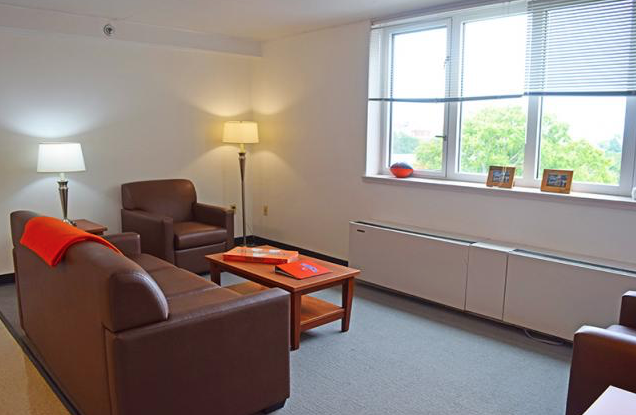 So were did he keep the arsenal that State Police found? In the common storage closet? Under his bed? In his small clothes closet?

The search. So, by living in University Housing, the shooter had signed away some of the privacy he could have expected in private housing.

The State Police, investigating three homicides, got a warrant for a search that turned up the arsenal.

Authority and responsibility unfulfilled. University security officials apparently had not needed a warrant to search University property in their investigation. Let’s look at their authority.

Was the shooter’s reported possession of a gun reported to the University’s “Just Report It” hotline: yes.

Is unsanctioned possession of firearms defined as violent or threatening behavior at the University? Yes.

Are all students required to cooperate with the TAT

Are firearms prohibited items in the dorms? Of course.  See University Virginia policy SEC-030: Regulation of Weapons, Fireworks, Explosives, and Other Prohibited Items.

Which members of the TAT had authority and responsibilities to enforce sec-030?   Answer: personnel responsible for the management or supervision of University property and activities and University law-enforcement officers.  Those were the police department, its Chief and the Office of Student Affairs.  Officials on the TAT with responsibilities to ensure those regulations were enforced included every member of the team.

Is a firearms investigation an “exigent circumstance” as stated in the contract authorizing removal of student property for inspection? Exigent means pressing or demanding. How could it not be?

Do TAT members in their day jobs appear to have had probable cause — the report to the hotline and his criminal and gun purchase records — and the authority and responsibility to conduct a search of university property: yes.

Is failure to comply with those policies, including refusal to cooperate with a TAT investigation, good cause for disciplinary action up to and including expulsion: yes.

The violation of gun regulations at the University likely would have resulted in the vacation of the suspension of his jail sentence on a gun charge in Chesterfield County.

Was any of that done?

Bottom line. This particular student was not just treated with kid gloves, but rather no gloves at all. By people on the TAT with direct responsibility for University security. Including people directly reporting to the President of the University.

The Board of Visitors has asked the Attorney General to convene an investigation of University processes in this case. That is the right thing to do.

There is some reason that this particular student was singled out for such deference.

I will leave it to the investigators to make their own assessments of what that might be.

Updated Nov. 19 at 8:50 AM.  This article has been reformatted to emphasize the authorities and responsibilities of members of the TAT and has removed any reference to the binary trigger or gloves found in the shooter’s arsenal.

Separately, I have sent a query on the legality of the binary trigger to the State Police.  I thank the readers who pointed out the controversy over the legality of that trigger.  I note that Dance’s Sporting Goods in Colonial Heights, which sold some of the weapons to the accused shooter, sells binary triggers ($400, only three left in stock!) so that seems to indicate readers are correct.

That issue is not dispositive of what should have been done or the consequences if the arsenal had been found as a result of the TAT, so I have removed the reference.