An Energy Reform Agenda for Virginia 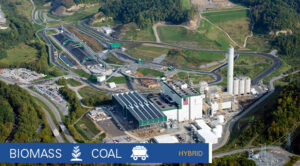 What should Virginia’s energy policy be?  What should the next Governor and General Assembly do? What should candidates be promising?

Based on what has now been my 15 years of close observation and direct involvement, here is the policy outline I would suggest to any candidate who asks (not that the phone is ringing).

1)  Restore the proper oversight role of the State Corporation Commission over utility rates, profits, and capital planning. Let the SCC decide how to allocate costs between customer classes. The General Assembly has dangerously usurped that function, often leaving the SCC nothing but an administrative agency subject to changing political winds.

2)  Limit campaign contributions from all donors (still important even if the General Assembly stops usurping the SCC’s job in the future.) Require special designation or disclaimers on campaign finance reports for donations from state-regulated monopolies, their employees or related entities, so slow-witted reporters or opposition researchers can see them.

3)  Constrain if not prohibit the use of non-disclosure agreements in cases before the SCC. Too much vital information is redacted or contained in secret filings never made public.

4) Move the Consumer Counsel function outside of the Office of the Attorney General. Perhaps the job should be filled in the same manner as the SCC itself, or some other judicial position.  But it needs to be at least shielded from the election process and the person holding it should have a term certain and perhaps no expectation of reappointment.

5)  Review every code section dealing with electricity regulation or other energy use and remove the phrase “in the public interest,” which is the General Assembly’s method for dictating policy to the SCC despite the total ignorance of most legislators on these matters, and their sensitivity to donors.

6)  Review every code section and reconsider any financial subsidies or rewards offered to influence utility decisions about one project over another, especially any remaining bonus returns on equity for stockholder-favored investments. This would include recently approved (but not funded) subsidies for rich people to buy electric cars.

7)  On the other hand, remove any penalties on specific energy sources or carbon taxes, such as the recently imposed tax to cover Dominion’s participation in the Regional Greenhouse Gas Initiative.  Do not, for example, join the Transportation and Climate Initiative, still something Democrats want to do but not something Republicans are pressuring them over.

8)  Require more competition for utility-scale generation services both to discourage placing all the cost and risk on ratepayers, and to just be sure fair and honest pricing on utility-owned projects.

9)  Do not abandon the current structure entirely. The pure competitive supplier model has plenty of downsides (See Texas).  It is only attractive to so many in Virginians at this time because Dominion Energy Virginia has corrupted the market to unfairly enrich its stockholders.  If all these other steps are taken and electricity costs in Virginia stabilize, the desire to bolt from the monopoly service will wane.

Now to the various controversial decisions on generation and transmission being dictated by the Virginia Clean Economy Act, which will be radically revised by several of the points above.

One premise on my part is that the hysteria over climate change is not based on the actual science, which indicates that warming has been and will remain gradual and claims of “imminent tipping points” and “ten years to save ourselves” are outright, intentional lies.   We are already moving way more than India, China or other major countries ever will.  Where we are in 2100 might matter, but not 2050.

10)  The remaining coal generation should be allowed to die a natural death from market forces. As the environmental costs grow, and the revenues shrink, many will be closed early without any action by the SCC necessary.  Requests to fund improvements should be viewed with skepticism.  No new coal plants are going to be built.  The Virginia City plant in Southwest Virginia was always a good political investment, never a good energy investment.

11)  The SCC should be making the decision how much utility-scale wind or solar generation is justified, and when, and what are the best options for reasonable cost and reliable supply. That will likely reduce the amount of those investments over the next 25 years below the VCEA’s goals, but some will still happen.  However, the offshore wind project may fail that analysis, certainly the later phases.

12)  The SCC should be the one to respond to the desire of many companies and homeowners to install their own generation while remaining on the grid as a back-up, and to determine what is a reasonable stand-by cost. That cost should not be at the expense of other ratepayers.

13)  The SCC should review, accept, or reject demand-side management programs based on purely economic analysis, and again limit the transfer of costs to other ratepayers not involved. Claims of general public benefit should be tested several ways, including old tests now in disfavor.

14)  Somehow nuclear energy needs to get back into the discussion, but if not dictated as “in the public interest” or heavily subsidized, can it? That is not a question I am prepared to answer yet, but Virginia’s energy policy should be totally open to expanding reliance on nuclear power and explore how to make it feasible.

This is not a complete list, and of course would engender incredible debate and even full scale war at the General Assembly.  But it is where Virginia needs to go  to keep electricity costs reasonable.

You may now resume your incessant and repetitive arguments about vaccines and masks.