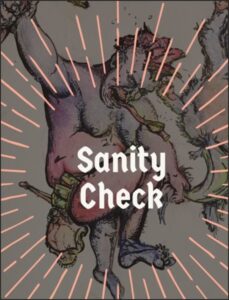 Yesterday I wrote about a move by the Alexandria public school system to designate 30 minutes each day to “social-emotional learning” — a therapeutic approach involving counseling and community circles to teach students how to behave themselves in school. This initiative follows a previous decision to restore School Resource Officers (SROs) in the public schools, and it accompanies other measures such as restricting access to school buildings, requiring students to carry student ID cards, and staggering student dismissal times.

Now comes this bit of context from WTOP News (my emphasis): “The school system has had problems with dozens of fights and weapons, on and off campus, including the stabbing death of a student at the Bradlee Shopping Center during a brawl in May.”

I have argued that violence and disorder surged in Virginia public schools, especially in low-income neighborhoods, as social-emotional learning proved inadequate to deal with disciplinary issues arising from COVID-driven school closures. Alexandria compounded the problem by removing SROs from the schools. The results were predictable — Bacon’s Rebellion saw the early signs around the state early last fall and warned repeatedly of the encroaching anarchy. In many high-poverty schools, it was evident that adults had effectively lost control.

Credit must be given to Alexandria school officials. Woke though they may be, they are not blind to reality. Fights and violence became a problem too severe to be ignored. The adults are trying to re-establish control.

Captive to their ideology that views all issues through the prism of “systemic racism,” Alexandria school officials are doubling down on social-emotional learning as a tool for getting students to behave in a civilized manner. I question how effective that initiative will be. I expect many students regard the community circles as a joke and will quickly learn how to manipulate the system. But other measures may be helpful. School Resource Officers, it turns out, provide a useful purpose. Prohibiting random strangers from entering schools sounds worthwhile, too.

It will be interesting if educators in other urban school districts see the light as well. I’ve seen signs of a return to sanity — City of Hopewell schools banning cell phones, for instance — but nothing resembling a movement. At this point, Alexandria looks like an outlier.