A Theme for Youngkin: Lend Us Your Vote 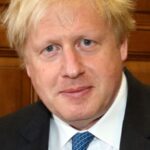 To all those who will vote in November, especially those who are thinking of voting Republican for the first time.

You may only lend us your vote. You may not see yourself as a natural Republican.

Your hand may quiver over the ballot, as you debate whether to put your mark in the Republican box—quite likely, for the very first time in your life.

And you may be determined to return to the Democrat Party next time around. If that is the case, I am humbled that, this November, you put your trust in me, that you have put your trust in us. I and we will never take your support for granted.

We will be grateful that you recognized that, sometimes, you have to base your vote on matters much bigger than normal partisan politics.

Glenn Youngkin should give that speech. Or put it in an ad. Because there’s an audience for it in Virginia right now. Many Democrats and moderates are troubled by progressive antics in Washington and Richmond. Those folks will listen to a pitch like this.

If the pitch sounds familiar, it is revised version of Boris Johnson’s victory speech on December 2019 after the last British general election.
The Conservatives’ campaign theme was “Get Brexit Done,” and they won resoundingly. Thousands of Labour voters voted Tory for the first time in their lives! Johnson acknowledged that in his victory speech. From the British newspaper Independent:

Why did so many Labour voters vote Tory? Because, for that election at least, they had bigger priorities. They wanted to get Brexit done. Plus, many were disgusted with the ultra-left tilt of Labour. They wanted to express their displeasure with their party’s behavior. So they did, with their ballots.

Many Virginians are unhappy with how Washington and Richmond (both dominated by progressives) are behaving and governing. Critical Race Theory is something progressive activists want, not moderates or classical liberals like Dave Rubin or Bari Weiss. (Or most Virginia parents). Any softening of standards in Virginia’s education system, especially its state colleges, risks cheapening the de facto value of a degree. (Why pay over $100,000 for a degree from a four-year college that’s developed a reputation of producing woke graduates who aren’t ready for the workforce?)

City dwellers and suburbanites now wonder if their local governments can recruit and retain enough good people to field a competent police force. (Who wants to put their life on the line and fight criminals for a city where the city council is woke and the prosecutor is a George Soros tool?) Moderates and classical liberals watch in disbelief as the Biden Administration abandoned Afghanistan and opened our southern border. It threw Border Patrol agents –honest-to-God modern-day cowboys — to the wolves, ignorant that twirling split reins aren’t whips.

The brazenness of progressive politicians is breathtaking. “The Richmond” city schools “abruptly [decided] that they need to close the days before and after Election Day (they already had Election Day off) for employee ‘mental health,’ writes National Review’s Dan McLaughlin. “It does not take too much cynicism…to notice that, as the race tightens in polls, Terry McAuliffe’s most faithful backers — the public-school bureaucracy and teachers — are suddenly freeing up their people, still paid on the taxpayer’s dime, to go electioneer and get the vote out the day before the election.” (And fix election-related “problems” the day after).

As Richmond parents scrambled to arrange childcare on short notice, they might have heard a Virginia political legend criticize Kamala Harris’ video pitch for McAuliffe. The video, intended for airing in traditional black churches, risked “causing those churches to lose their tax-exempt status. … If this is legal, this is surprising to me” said Doug Wilder! It’s as if the vice president of the United States is daring the IRS to enforce the law. It’s as if progressive Virginia politicians no longer care how they’re perceived. Think about that!

IMHO, most moderates and classical liberals want their kids to be educated, not indoctrinated. They want law enforcement to get the benefit of the doubt. They want a degree from a Virginia state college to add value to a graduate’s job search. And they think that all politicians, regardless of party, should at least make an effort to keep up appearances, and act like public servants instead of party hacks. They think their elected leaders should follow the law, not skirt it.

The performance of modern-day Democrats, both in Washington and Richmond, must make them wonder if today’s Democrat Party really wants the same things.
Glenn Youngkin is not Corey Stewart. He can claim to be a different kind of Republican. One that Virginia independents, moderates and classical liberals can support, if only for one election. Youngkin should tell them that a vote for him and the GOP in this election can send a shot over the progressive bow. It can slow progressive momentum, not only in Virginia but nationwide. It can apply some brakes to the craziness.

Boris Johnson recognized, and seized, an opportunity. Virginia voters are smart enough to recognize that sometimes you have to put your policy preferences aside and vote in a way that addresses the bigger problems we face. Glenn should follow Boris’s lead.

This entry was posted in Elections and tagged Donald Smith. Bookmark the permalink.