A Sure-Fire Formula for Chasing Away Affluent Retirees 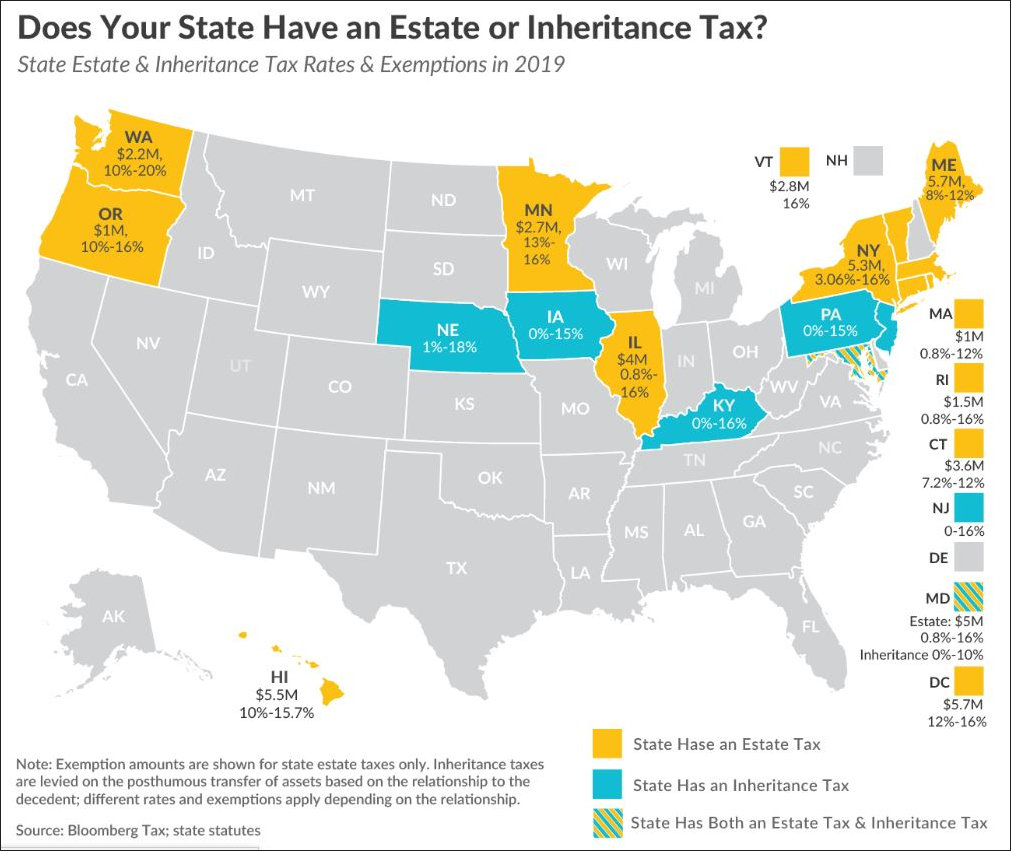 Once upon a time, the Commonwealth had an “estate” tax (paid by the estate of a person upon his or her death) like many other states, but changes in federal law effectively repealed it in 2007. There has been no serious move to reinstate the tax in Virginia until this year. Now Sen. Scott Surovell, D-Mount Vernon, and Del. Vivian Watts, D-Alexandria, propose to reimpose the tax with exemptions for closely held businesses. (See Hans Bader’s description of the tax here.)

It’s hard to know how seriously to take the prospect of a death tax in Virginia. Are Surovell and Watts off in left field, all by themselves, or is there quiet by widespread support for their idea? We’ll find out as the 2020 General Assembly session rolls on. In the meantime, it’s not too early to begin discussing the pros and cons of the tax.

I acknowledge that the death-tax debate cuts many ways. As a libertarian-leaning conservative, I am uncomfortable with the idea of an aristocracy of wealth perpetuating itself through inheritances. But I’m even more uncomfortable with the idea of social-engineering zealots deciding who gets to keep their wealth, and how much they get to keep. Those moral questions are interesting but, to my mind, secondary to the practical, real-world impact on wealth creation and the generation of tax revenue here in Virginia.

Here’s the bottom line: As long as the United States is a federal system of 50 states, the states will compete to attract wealthy people, the jobs they create, and the tax revenues they generate. A death tax in Virginia would incentivize wealthy residents to relocate to states that have no death tax.

How strong will that incentive be? Well, it depends in large part upon a person’s age and career stage. A corporate CEO will not resign his job and move to Florida to avoid a death tax, not as long as he is a CEO at least. A small business owner will not move, unless he can relocate his business along with him. For people still participating in the workforce or otherwise engaged in business, the bonds of business relationships are much stronger than worries about a death tax 20 or 30 years down the road.

But retirees are a very different matter. Retirees are free to move anywhere they want. Many wealthy Virginia retirees have second homes — typically in Florida, which has neither an income tax nor a death tax — and they have the means to move their tax residences there. The wealth of many retirees typically consists of stocks, bonds and other portable assets that they can take with them. The barriers to moving one’s tax residence are extremely low.

Any revenue gain to the Commonwealth from death taxes would be offset to some degree by the loss of income tax revenue, sales tax revenue, and other revenues of lesser importance. At the same time, affluent retirees demand almost nothing in the way of government services. They don’t require Medicaid or other social services.  Their children are already grown and don’t attend public schools or universities. In a cost vs. revenue calculus, affluent retirees are the most desirable citizens — desirable because they are the most “profitable” citizens as measured by the difference between what they contribute in taxes and demand in services. It would be utter folly to chase them away with an estate tax.

If legislators are serious about pursuing this idea, they should, at a bare minimum, engage a reputable econometric firm — or two, or three — to measure the economic, philanthropic, and tax impacts of such a law. There could be no greater folly than to enact a death tax without understanding the likely consequences.

This entry was posted in General Assembly, Taxes and tagged James A. Bacon. Bookmark the permalink.