A Bag Of Oranges and Gas Tax Posturing 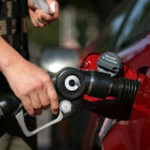 The bag of mandarin oranges that was $4.99 last week was $5.99 this morning. Fruit trees aren’t getting raises – that is the impact of fuel prices, the cost to ship them to Virginia.

As I’m fuming and pushing my cart to the next inflated item, the phone pings to announce an email. “Could relief for gas prices be on the way?” is the teaser headline from Virginia Mercury, with its lead story this morning a straight-faced discussion of the truly comedic proposal yesterday by House Democrats. They offer Virginia car owners a one-time $50 payment ($100 for a two-car family) in lieu of actually lowering the fuel taxes, as Governor Glenn Youngkin has proposed.

Really? The exact same 50 bucks for somebody like me who drives 250 miles a month, at most, as for some commuter or small business delivery person driving 500 miles or even 1,000 a week. Likewise, they propose $50 for somebody who owns a car but usually bikes or uses the Metro. That’s a government handout, not tax policy.

In today’s ridiculous partisan environment, however, it is entirely possible to imagine a reversal. Had Youngkin first proposed a single cash payment, as in other states, Democrats would still have fled the special session to avoid voting on it, spent a week on Twitter deriding the idea and then proposed their own bill: a 90-day gas tax holiday!

Before you laugh that off, remember that this same amount, $50 per person or $100 per couple, is the difference between the state Senate’s version and the House’s version of a cash rebate for the 2021 state surplus. That $50 per capita is helping to hold up the entire two-year budget. It is a great idea here, Democrats, but a terrible idea there – the same paltry, pathetic, forgettable $50?

These are not serious people. They are not serious about their obligation and duties. Plenty on both sides need another semester of Econ 101 (those that actually ever took it). We have Government by Tweet and press release. The feed was filled all day yesterday with Democrat House members touting their “brilliant” idea of a $50 payment in lieu of lower taxes.

Neither this nor the Governor’s proposal for a 90-day partial tax suspension will likely lower the cost of that bag of mandarins, or all the other thousands of price increases driven by higher transportation costs. The problem is the underlying price of that fuel, pre-tax, which has been consciously and relentlessly driven higher by America’s Green Party (these are not Democrats anymore).

As I listened to NPR while driving home from the store, an advocate was happily crowing that the higher gas prices are just one more incentive pushing Americans away from fossil fuels. Not one Virginia Green Party member (not Democrats, remember) is actually sorry about that and that’s why they won’t support anything that will lower the pump price a penny. It is why the Green Party house organ, Virginia Mercury, offers them cover by claiming the idea is “relief for gas prices.” Uh, that is what it is not.

For most of my career as a political hack and then lobbyist, transportation has been a key issue, from the 1986 special session on transportation to my time with the shipyard. It got me started writing here on Bacon’s Rebellion. I have been a consistent supporter of using the fuel tax (a user fee) as the key funding mechanism, and you can search in vain to find any complaints from me about it going up. I reported on the gas tax hikes imposed by Governor Ralph Northam and raised some questions about the new highway user fee, but never opposed the bill.

Likewise, I’ve reported on Youngkin’s efforts to partially reverse that 2020 bill, and the House’s approval of related legislation, which failed in the Senate.  Reported on but not praised. Looking at the list of tax ideas still in play in legislation or the budget, that one is not of interest to me.

But the posturing on both sides of the aisle over the gas tax has sucked the air out of the room for serious discussion of tax policy. There are too many ideas on the table, splitting up the messaging and dividing the attention of voters (always limited anyway).

Getting back to the grocery store, week after week not having to pay sales tax there would also be of hugely greater benefit to most Virginians and even to me (15 cents off those mandarins!). But that’s not what we’re talking about, a mistake on the Governor’s part and an intentional act of distraction on the part of the Green Party.

This entry was posted in Business and Economy, General Assembly, Taxes, Transportation and tagged Stephen D. Haner. Bookmark the permalink.