Here are some posts over the past year warning of what happened Jan. 6 at the U.S. Capitol. 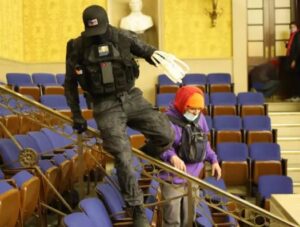 One other note: One Trump rioter was photographed holding a bunch of white flex cuff handcuffs, presumably to restrain Nancy Pelosi, Mike Pence and others. It reminded me of the 1991 coup attempt against Mikhail Gorbachev. Plotters ordered hundreds of thousands of handcuffs in advance.

This entry was posted in Crime , corrections and law enforcement, Culture wars and tagged Peter Galuszka. Bookmark the permalink.

152 responses to “You Were Warned”