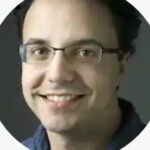 President-elect Biden may be calling for national unity after a contentious presidential election, but the Washington Post hasn’t gotten the message. Post reporter Ian Shapira continues his campaign against the Virginia Military Institute, which he has charged is guilty of “relentless racism,” by slanting coverage of the pending state investigation of the military school. 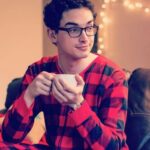 In a story co-authered with Laura Vozzella, he wrote:

Apparently, in the eyes of our media overlords, it is now problematical for white people to use the term “lynching.” The statement, writes Shapira, was jarring to some lawmakers because a white student in 2018 threatened to “lynch” a Black freshman. (VMI suspended the offending student, but no need to mar a spicy narrative with messy details.)

Who was “jarred” by the statement? Evidently, Shapira was. He asked Del. Jennifer D. Carroll Foy, D-Prince William, a black VMI graduate, for a response to a loaded question. “I’m proud to be from VMI,” she responded, “and like my fellow alums, I want the best for the institution and all of its cadets. But now is not the time for inflammatory rhetoric.”

Foy hadn’t issue a formal statement. Shapira fished for the response he wanted, and Foy more or less gave it to him. Yet her statement was remarkable anodyne. She didn’t repeat Shapira’s charge that VMI is racist. And while she said now is not the time for inflammatory rhetoric — is there ever a time for inflammatory rhetoric? — she did not criticize Norment by name.

Shapira could benefit from some history lessons. In today’s article he employed a rhetorical tic that he has used repeatedly in the past. He described Stonewall Jackson, to whom a statue has been erected at VMI, as “a former VMI instructor and enslaver of six Black people.” No, Jackson was a slave owner, but he did not “enslave” anyone, the definition of which is to deprive a formerly free individual of their freedom.

As a point of historical fact, Norment’s use of the word “lynch” was entirely reasonable. The term originated as a description of summary justice — execution without trial — of white people by other white people during the Revolutionary War. Mob justice was not uncommon in the 19th century, and until the Jim Crow era, the victims were most commonly white. The term is properly applied to cases “where supposed offenders were executed through mob violence without a proper trial and outside legal jurisdiction,” to use the description supplied by Aaron O’Neill, who compiled the following chart published in Statista. 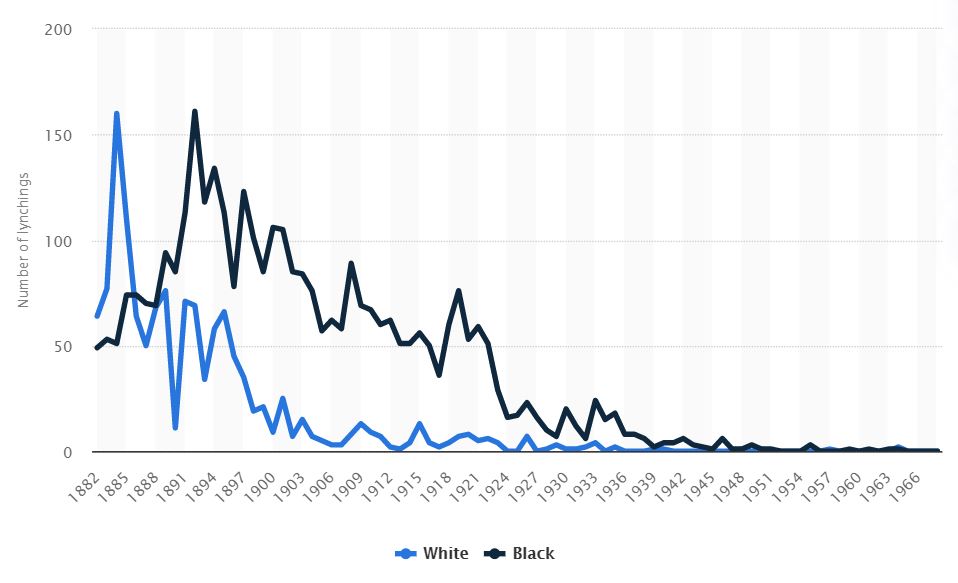 Here’s how Norment used the term (in Shapira’s words):

Norment, who is White, said he was recalling the “feeding frenzy” in 2019 into allegations of sexual assault against Lt. Gov. Justin Fairfax (D), an African American who compared the storm surrounding him to a lynching. Norment said the rush to judge Fairfax “was done without any investigation, any corroboration or any hearing whatsoever. And it just didn’t seem right to me.”

Then Norment said: “Taking comments you made in 2019, you cannot let the media lynch VMI.”

The Roanoke Times wrote the first story about the dissatisfaction expressed by some African American cadets and alumni with the state of race relations at VMI. The Post followed with its own article, which, given the Post’s power in the Virginia media marketplace, created a furor that the Times article did not. Shapira, who is white, quoted a half dozen or more incidents at the Institute and portrayed them as illustrative of “relentless racism,” gave short shrift to actions VMI has undertaken to make the academy more welcoming to blacks, and quoted no black cadets or alumni — such as the three black members of the VMI Board of Trustees — who might have disagreed with his interpretation. Shapira, who is white, found what he wanted to find. As his consistent slanting of stories since the original expose has made abundantly clear, he is on a crusade.

In the process, Shapira, who is white, has taken upon himself the role of deciding who can use the term “lynching” and how. His “reporting” illustrates the extraordinary arrogance of the media elites, who are mostly white, who mimic the equally insufferable arrogance of academic elites, also mostly white, who presume to dictate the use of language on college campuses. His “reporting” also betrays his total lack of interest in even-handed coverage.

Thus, we have yet to read anywhere in the Washington Post of a fact mentioned by Michael Martz, one of the few old-school journalists left at the Richmond Times-Dispatch who still believes in telling all sides of a story. Wrote Martz:

The minority leader used language of Black Lives Matter protests to illustrate VMI’s history of supporting accomplished Black students, such as Michael Lokale, a Rhodes scholar whom alumni helped send to medical school, and Annika Tice, a Fulbright scholar who graduated in the spring. “Say her name!” Norment said.

Wait, what? White racist, Confederate-venerating alumni raised money to support black students pursue their studies beyond VMI? That doesn’t fit Shapira’s narrative, and you will never read about such a thing in the Washington Post — unless Shapira is shamed into reporting it.

This entry was posted in Culture wars, Education (higher ed), Media and tagged James A. Bacon. Bookmark the permalink.