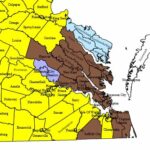 A State Corporation Commission hearing examiner has recommended that a proposed agreement between Virginia Natural Gas and an affiliated asset manager be rejected and put out to bid once more, with their shared parent entity Southern Company Gas not making the decision this time.

The proposed agreement, a continuation of a relationship dating back to 2000, is opposed by three unsuccessful bidders for the contract and a group of large industrial customers of VNG.  One of the other bidders, Tenaska Marketing Ventures reportedly outbid the Southern Company affiliate by 50 percent but was rejected.

VNG is up against a hard deadline, with the current contract with affiliate Sequent Energy Management due to expire next month.  Hearing examiner Michael D. Thomas told the full Commission it might consider granting this new contract for a short period, perhaps a year, before a new request for proposals goes out.

The case provides a glimpse into struggle to impose competition on regulated monopolies with an incentive to vertically integrate. Virginia Natural Gas is a local distribution company required to meet the demand for gas from 300,000 customers in its territory.  To do that, it has contracts for guaranteed capacity and storage with the various pipelines upstream in the gas supply chain.  Except during the periods of highest demand, it has excess capacity, and managing the use of that is done by somebody else under an asset management and agency agreement.

The profits from that process flow back to the local gas company’s customers through the part of their bill dealing with the commodity cost of the natural gas.  A better return on those unused assets means lower ultimate costs for VNG’s customers.  Just how much money is involved is, as is common in SCC cases, is confidential and redacted from the documents.

In his response to the hearing examiner’s report, Louis Monacell representing the industrial customers complained:

Not blacked out, and crucial, is that Tenaska Marketing bid five times what Sequent was paying in the old contract, and 50 percent more than Sequent is paying in this contract.  Tenaska and other say that is just the start of the additional value they could offer to VNG’s customers if given a chance.  Simply requiring the bid at all was a win for consumers.

Agreements between a public utility and affiliates, presumed to be tainted by conflict of interest, need SCC approval.  The original 2000 agreement between VNG and Sequent was approved for renewal in 2005, 2009, 2011 and 2015.  An SCC staff audit a short while back raised no red flags.  But in 2018 the SCC ordered that the next contract needed to include a “robust” competitive bid process.

Tenaska Marketing and the other two case participants, Enspire Energy LLC and Direct Energy Business Marketing, complained about several elements of the bidding process as slanted toward Sequent, from provisions of the initial non-disclosure agreement all the way to the final review of bidder’s creditworthiness.  Tenaska’s bid was rejected on that grounds, the company judged to be insufficiently sound financially.

Monacell is wearing two hats in the case, speaking for the industrial users and for Enspire Energy LLC, but he says their interests are aligned and the bid should have been awarded to Tenaska Marketing, which is not his client. (Disclaimer:  My former employer and client Newport News Shipbuilding has been a member of that industrial user group and I assume still is.)

VNG’s legal team is portraying this as a delaying action by losing bidders, who are putting VNG in jeopardy by trying to block this new contract,

“….a hurry-up game of “pile on” by the market participants, with the principal suggestion that VNG’s RFP was not conducted in a fair, objective and transparent manner. The RFP was certainly conducted in good faith and in all material respects in a reasonable and appropriate manner, with a guiding principle to protect the interests of VNG’s customers and to provide the greatest reasonable value to them from the assets which they fund.  Unfortunately, the unsubstantiated hue and cry to the contrary by the market participants was accepted by the Hearing Examiner.”

That from a commentary on the examiner’s report by Joseph K. Reid III of McGuire Woods, who often represents Dominion Energy Virginia, as well.  Just how aggressively the SCC oversees affiliate contracts will also matter to that company when it seeks to recover costs of gas transportation from the Atlantic Coast Pipeline.

Enspire Energy has also asked the Commission to order VNG’s asset manager, whoever it is, to offer some of that upstream excess capacity to others from time to time, complaining that Sequent’s policy has been to do so only with a package deal of both capacity and gas.  Large users on VNG’s distribution network can make their own gas purchases, but those seeking to sell inside VNG’s “gate” need the ability to get the gas delivered.

Mary K. Hensley of Enspire wrote in her filed testimony that even a few such transactions without forced bundling of capacity and gas would send signals about the value VNG should be receiving:

“The opaqueness of this market is harmful to market participants who are looking to serve transportation customers behind VNG’s gate, as they are not provided an opportunity through the pipeline electronic bulletin board (“EBB”) to bid fairly on available unneeded capacity assets. Moreover, it also harms VNG’s customers, as there is no true way to test whether Sequent, or another asset manager, is returning a fair market value to VNG’s customers on VNG’s unneeded assets when making bundled sales.”

If some of the real energy experts who show up in the comments string want to fill in some details or correct my understanding, that will be welcome.

This entry was posted in Energy, Regulation and tagged Stephen D. Haner. Bookmark the permalink.