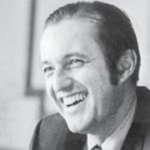 Editor’s note: Anthony “Tony” Downs, long-time Virginia resident and scholar at The Brookings Institute, died in October. His thoughts about the economics of transportation had a profound effect on many.

Tony Downs didn’t need social media to be an influencer.

Tony published “Stuck in Traffic” in 1992, and in that book, he said that the best way to ease traffic congestion was to charge people a toll to drive during the busiest times of the day. Price supply, and demand decreases. An economist’s advice put down for the taking.

In recent months, the full body of Tony’s transportation work — two dozen books — was on my mind as New York City explored a program to charge people to drive south of 60th Street in Manhattan. The Metropolitan Transit Authority started public meetings in September to collect input. Those meetings wrapped up on December 9. The MTA wants to start charging by the end of 2023.

I wondered what Tony might think of the city’s plan. But Tony died on October 2. He was 90.

I started to write a story about Tony’s influence on transportation policy. But his obituaries already read like professional resumes.

So. I tracked down Tony’s daughter Kathy and asked her to turn a few pages from the chapters of his life.

Growing up in Park Ridge, Ill., Tony complained so much about eggs that his parents would not let him say the word, “egg.” Tony later wrote a column about eggs for his Maine Township High School newspaper without ever using the word, “egg.”

In his first year of college, Tony went back to Park Ridge for his girlfriend’s prom. They sat next to Mary Katherine Watson and her date. When Tony learned that Watson played chess, he challenged her to a match.

Kay made a chocolate cake every year to celebrate Tony’s November 21 birthday. Three layers were cut in half horizontally and iced with chocolate butter cream. Then this six-layer empire of chocolate was completely iced with more chocolate.

Tony and Kay spent 42 years together. They raised three daughters and two sons in Park Ridge before moving to McLean, Virginia, in 1977, when Tony went to work for the Brookings Institution. There his influence continued to grow through more than 500 published articles.

“Did you know my dad wore three watches?” Kathy asked.

The first time I met Tony in 2002, I noticed he had a watch on both arms. But three?

Kathy told me Tony wore a regular watch on one arm, and a stopwatch on the other. The third, the one I missed, was an alarm clock he looped around his belt. Kathy told me Tony also looped a knife, a compass and a pouch for pills on his belt.

“During Dad’s career, do-everything gadgets didn’t exist,” Kathy said. “Dad had a drawer full of things on loops for his belt. We loved to rummage through that drawer as kids.”

Tony had a doctorate in economics from Stanford. But he never added Ph.D. to his name. Kathy told me that anyone who referred to Tony as Dr. Downs didn’t know him.

The Washington Post called him “Dr. Downs” 13 times in his obituary. The New York Times and Wall Street Journal got it right.

Tony was a devout Catholic.

In the 1970s, Tony convened a group to discuss the morality of public policies. Tony believed that Catholics were obligated to apply their faith and influence in ways that could be measured to address important social issues such as race, poverty and homelessness.

After 42 years of monthly meetings, the group stopped in 2015 when Tony was too sick to continue.

Tony went to Mass daily. Jim McCulla, Tony’s friend from St. Luke parish, brought communion to him at home when he was no longer able to attend Mass.

Tony was a writer.

Whenever Tony disappeared into his home office, the house filled with the quick cadence of his typing.

But for all he wrote on economics and traffic congestion, Kathy told me that his first publication — the one that would outsell everything else he wrote over a 54-year career — was his 1957 doctoral thesis, “An Economic Theory of Democracy.”

I found a copy of Tony’s thesis online. In Chapter 8 he wrote, “A two-party democracy cannot provide stable and effective government unless there is a large measure of ideological consensus among its citizens.”

Of all Tony could say to wrap up his life, I believe that’s the sentence he’d ask us to remember now.

Philip Shucet was Virginia Commissioner of Transportation during the Warner administration. After a long career in the transportation sector, he is currently attending the Columbia School of Journalism. When not studying journalism, he resides in Norfolk.

This entry was posted in Transportation and tagged Philip Shucet. Bookmark the permalink.