The Statues Are Coming Down? What’s Next? 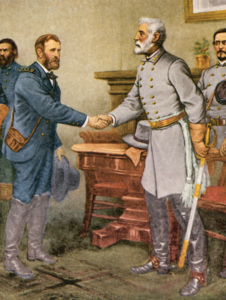 Throughout history military commanders have faced a classical dilemma: When confronted with overwhelming odds, do they stand fast and hope for a miracle to deliver victory, while risking total annihilation as a fighting force? Or do they conduct an orderly retreat, regroup and live to fight another day? Robert E. Lee, Stonewall Jackson, and J.E.B. Stuart knew when to pick their battles. Now their statues are coming down, and those who wished to preserve them face similar choices. Do they fight against all odds to keep the statues in the public square, or do they move on in the hope of influencing what comes next?

I have heard rumblings of lawsuits to prevent the Northam administration and Richmond Mayor Levar Stoney from removing the statues. Appealing to the courts may protract the agony, but I don’t see how they can do anything but delay the inevitable. The next session of the General Assembly will simply re-write the state law to eliminate whatever legal obstacles might exist.

Given the tenor of the times, the Confederate statues are coming down. Once they are gone, two questions inevitably will rise: (1) what do we do with them, and (2) what do we replace them with?

Removal of the statues is inevitable because their foes are fervent and lack any reservation while defenders are ambivalent. Whatever the personal virtues of the Civil War figures honored by the statues (and they were many), and whatever their personal motives in fighting for the Confederacy (and they, too, were many), at the end of the day they fought to defend an evil system, the system of chattel slavery. Defenders of keeping the statues in the public square had to adopt a “yes, but” strategy. Yes, those things are true, but…

There’s no point in prolonging a battle that cannot be won. We need to answer a different set of questions now.

The first is what becomes of the statues. Do we melt them down into scrap metal? Do we concede that they are magnificent pieces of art worth preserving, perhaps in museums where they can be “interpreted” in line with the intellectual tone of the times? Or do we find some other setting for them — perhaps warehousing them for 20 or 30 years until the dust settles?

Personally, I feel that the first of those options would be a senseless tragedy — although I’m sure many would disagree. I’m not even sure there is a museum in Richmond right now that would be willing to accept the statues, much less display them. The sooner statue conservationists concur about which course of action to take, the better the odds they can successfully influence the public debate.

The second question is what replaces the statues? The statues were designed to serve as focal points on Monument Avenue. The Lee and Stuart statues are located on traffic circles. Lee, Jackson and Stuart are set upon magnificent plinths and horses. The settings require a monumental scale. An Arthur Ashe-scale statue would look puny, almost demeaning.

Even more forbidding is the job of selecting subjects for the statues. Do we replace them with contemporary art? Do we pick Civil Rights leaders? Do we  restrict our choices to Virginians? Who has sufficient stature to stand horseless upon Lee’s magnificent plinth?

What are our aims now? Do we want to emphasize reconciliation? If so, would it make sense to commission a statue that recreates the famous scene of Grant accepting Lee’s surrender at Appomattox Courthouse? My wife has made that suggestion.

We are who we honor, and that will become the real battleground. As a lover of freedom and liberty, I see the evolution of Virginia as a 400-year struggle — with twists and detours — toward individual freedom. I believe we should honor the men and women, white and black, morally perfect or imperfect, — and preferably Virginian — who did the most to advance those freedoms. That is a battle I’m willing to fight.