That Transparency Will Cost You 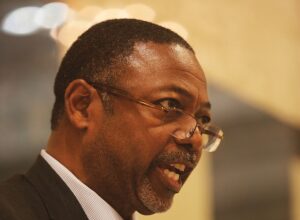 Attorney General Jason Miyares promised “to increase transparency” in regard to elections. In fact, this was one of the motivations behind the creation of the Election Integrity Unit. However, it seems that this transparency comes with a price.

As reported by the Richmond Times-Dispatch, the Virginia NAACP filed a Freedom of Information Act (FOIA) request for records related to the establishment of the Election Integrity Unit, its expenditures and activities, and for records of documented cases of election fraud in Virginia. The AG’s office responded that the cost of providing the records requested would be $20,000.

The FOIA statutes authorize an agency to “make reasonable charges not to exceed its actual cost incurred” a condition of providing the material requested. I do not know what material the NAACP requested nor the basis upon which the AG’s office calculated the cost, but $20,000 seems pretty high. It has been my personal experience that agencies pad these estimates as a way of discouraging requests. The NAACP could have challenged the reasonableness of the cost in court, but that would have taken time. Therefore, the organization paid.

Before I go any further, I want to make it clear that hiding behind the FOIA is not new with this administration. All administrations, both Democrats and Republicans, have at times gone out of their way to make it difficult for the public to obtain public records. Curiously, that attitude is seldom uniform throughout an administration. Some agencies are very cooperative; others are not and put up barriers where they can.

It is outrageous that the public can be required to pay to get copies of public records. The agencies contend that complying with these requests takes staff time. But, that is not an additional cost for the agencies. They already have appropriations to pay those staff members. The rejoinder is that having to comply with FOIA requests takes staff away from other tasks. That might be so, but the General Assembly has made the provision of public records to the public a high priority. Those other tasks will have to wait. Besides, getting money from the requester does not mean that the other work gets done quicker. The staff still have to put other work aside and take time to comply with the FOIA request. The money paid by the requestor just gets deposited into the general fund. Therefore, in the end, charging for providing material that has been requested is a way of discouraging people from making requests.

I realize that not levying any charge for furnishing records through the FOIA would invite abuse. A person, on a whim, could make a request that involved thousands or even millions of records. Another example would be a person making an FOIA request every day, thereby making a nuisance of himself. Laws and regulations could be formulated to deal with these abuses without penalizing the average citizen, media representative, or organization who desired records for legitimate reasons.

This entry was posted in Governance, Open Government, Transparency and tagged Dick Hall-Sizemore. Bookmark the permalink.