Newport News School Chief About To Be Sacked 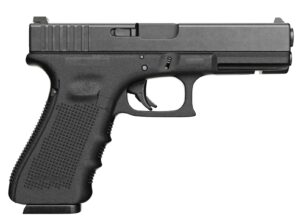 As I wrote this I debated whether or not to put a question mark at the end of my headline. Newport News School Chief About To Be Sacked?

I decided against it.

News reports seem certain that the Newport News School Board will vote tonight to fire School Superintendent George Parker for his cumulative failure to prevent three shootings on school property in 18 months.

The latest and most horrific, of course, was the shooting of first grade teacher Abigail Zwerner by one of her 6-year-old students on January 6.

“The Newport News School Board will vote Wednesday evening on the firing of superintendent George Parker and appointing an interim in his place,” reports The Daily Press.

“The special board meeting was announced Tuesday, and follows a series of closed meeting discussions the board has held in the past two weeks…

“Parker has faced a barrage of criticism since the Jan. 6 shooting of first-grade teacher Abigail Zwerner. The shooting is the third on school property in 18 months, following the 2021 shootings at Heritage and Menchville high schools. Teachers, parents and community members have blamed the administration for failing to properly handle “out of control” student behavior, and have called for Parker’s removal. Dozens of teachers and parents spoke at last week’s board meeting to express their anger, and others have sent letters to school board members.”

Complaints about the superintendent concentrate largely on a widespread lack of support for teachers by administrators as they try to deal with discipline problems in their classrooms. The Washington Post reported last weekend that the child accused of shooting his teacher had been the subject of numerous behavioral complaints. He allegedly terrorized his classmates by throwing furniture and had frightened another teacher by telling her he wanted to set her on fire and watch her die.

Yet there he was, still in class, in January.

What does it take to be booted from classrooms in Newport News? END_OF_DOCUMENT_TOKEN_TO_BE_REPLACED