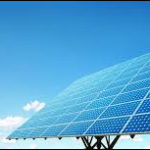 Developers of solar energy projects in Virginia often encounter resistance from rural communities where residents worry about the impact of vast solar farms on viewsheds, the tax base and the rural way of life. In Pulaski County, Hecate Energy LLC is dangling a new incentive to make its project palatable — the chance to attract lucrative data centers.

Hecate has proposed investing $400 million in a 280-megawatt solar project in three phases on 2,700 acres of land near the Town of Dublin, reports the [Pulaski County] Patriot. Hecate would pay leases to landowners, who currently use the land for low-value pasture and hayfields. The project is anticipated to generate $392,000 annually in added county tax revenue for a total of $13.7 million over the 35-year life of the project. As a bonus, the project would create 130 jobs during the construction phase. The new sweetener, never mentioned in press accounts of other solar projects I’ve seen, is the chance to vie for data-center projects.

Hecate said that protecting the viewshed is a high priority. Steps will be taken to preserve large planted trees and native grasses, and solar panels themselves will be hidden from view to the greatest extent possible. All electricity will flow through underground cables to the Appalachian Power Co. electric grid.

Chicago-based Hecate, one of the nation’s largest solar developers, is working through its Virginia affiliate, AgriSunPower.

Under the Virginia Clean Energy Act, Appalachian Power Co., which serves western Virginia including Pulaski County, is required to produce zero carbon emissions from its generating fleet by 2050. The company has announced its intention to acquire 210 megawatts of solar power and 200 megawatts of wind power over the next five years.

Hecate’s project, if approved, would meet more than Apco’s entire projected demand. Presumably, the project would generate sufficient electricity to supply a power-hungry data center should one be recruited. Major providers of cloud services have committed to using renewable energy. But solar projects are rarely co-located with the data centers. When Amazon, Facebook, Microsoft purchase green energy, the electricity from solar farms flows into the electric grid where electrons co-mingle with electricity from other sources. For Pulaski County to compete for a data-center project, it would require access to a fiber-optic trunk line… which it does not now possess.

Fiber funded by the Tobacco Region Revitalization Commission in Southwest Virginia extends no farther than neighboring Wythe County. However, Pulaski officials are working to upgrade their broadband capacity as seen in the county’s broadband strategic plan.