Richmond Politicos Getting Serious About Crime 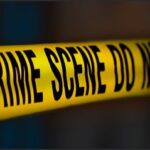 Virginia recorded its highest murder rate in two decades in 2021, reports WTVR. Other than noting that homicides hit the murder mark of 90, however, the article reported no specifics.

I don’t know how the Richmond television station came by those particular data points. The Virginia State Police has not yet published its 2021 Crime in Virginia report, although it will be made public any day. I expect that key bottom-line findings are circulating in the Youngkin administration, which has made crime fighting a top priority.

“We have a crisis in Virginia right now. We’ve got to go to work right now. We are absolutely going to make Virginia safe again,” WTVR quoted Governor Glenn Youngkin as saying.

The Governor has launched a violent crime task force. Part of the solution, he said, is to increase police pay, presumably to reverse the exodus of officers from local police forces.

WTVR also quoted Attorney General Jason Miyares as pledging to use the authority of his office to get violent repeat offenders off the street. In an initiative he has dubbed Project Ceasefire, he plans to bring back parts of the federal Project Exile initiative, which sentenced criminals convicted of using illegal firearms to a minimum of five years in prison. He also plans to create a fund to invest in crime reduction strategies, training, and equipment for police and other organizations.

Meanwhile, Democrats in Richmond are finally admitting that crime is a serious problem. “We cannot arrest our way out of gun violence,” state Senator Jennifer McClellan, D-Richmond, said. “We have to address the root causes of it and do that in a holistic way.”

McClellan says communities rely too much upon police to be first responders for people undergoing mental health crises. Virginia needs “people who are trained to be counselors and mentors, and let police respond to crime.”

She proposes creating a Center for Firearm Violence Prevention and Intervention. “That would bring a holistic view at the state, local, and community levels to really support those community organizations that are working to address crime in their areas,”

Bacon’s bottom line: I’m an “all of the above” kind of guy. I tend to be skeptical of most of the Democrats’ ideas, but I also have enough humility to know that I don’t know it all. I think we should try different approaches to see what works. The danger, of course, is that the advocates of public policies rarely admit when they’re wrong, and we may never know for sure what works and what doesn’t.

Even so, resources are finite. We have no choice but to set priorities. While admitting the limits of our knowledge, we should strive to understand the forces driving crime rates higher and the policies that actually make a difference. If we get the diagnosis wrong, there’s not much hope of us getting the prescription right.

I do agree with McClellan about one thing. We need to take a “holistic” approach. Rising crime rates reflect larger social trends that cannot be solved with simple remedies. Virginia, like the U.S., is seeing spikes in family breakdown, mental illness, drug overdoses, and suicides. All those things can be measured; but many underlying problems cannot. Young people are experiencing more “trauma,” with deleterious effects on behavior. We’re seeing an abdication of adult authority in schools, a key institution for socializing children with norms that their parents fail to inculcate. Kids are increasingly defiant of adult authority, and they are increasingly indiscriminate in their use of violence. And all this is occurring in a nation where anyone who wants a gun can get one, whether legally or illegally, and where political rhetoric has done so much to de-legitimize the criminal justice system as fundamentally racist and unjust.

These phenomena are so deeply embedded in our society, so poorly understood, and so hard to measure that I question whether any effort to combat crime by attacking “root causes” will have any effect. But some policing strategies may be at least partially effective. We need to try. The alternative is anarchy.