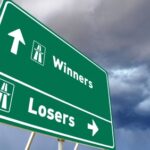 Image credit: The UP Lab

Well, the Republican Party of Virginia actually pulled it off. Their Ranked Choice Voting Unassembled Convention Through the Legs off the Backboard with Twist (which lasted lemme see…one… two…three…no, FOUR days) finally ended and ended well.

Not only did RPV manage to pull it off, but their statewide ticket of Glenn Youngkin, Winsome Sears, and Jason Miyares is the most diverse in the history of the Commonwealth. National Republicans are thrilled, but more importantly for the GOP, Virginia Republicans are united, well-funded, and energized for the 2021 campaign season. They also have a month head start on their Democratic opponents.

Since I attended the Phillies/Nationals game in DC yesterday, you’re probably going to read more than a couple baseball references. But since politics and baseball are so similar the references usually work, I offer no apology.

Like the movie Mr. Baseball starring Tom Selleck pointed out – every batter has a “hole in their swing.” That’s the place in the strike zone a pitcher looks to throw the ball because, for some reason or another, the batter just can’t hit a ball thrown there. Swing mechanics, stance, hands, hips, shoulders …. all create holes. The problem Selleck’s character had was not just a hole in his swing, but more importantly he had a hole in his attitude. His Japanese manager and the Japanese culture, filled those holes. It’s a fun movie with a nice storyline.
Anyway…
Governor

Glenn Youngkin – I wrote a longer column about the Republicans rising star as seen through the eyes of three suburban women with whom I live and/or raised. Suffice it to say, this guy is talented, well-funded, and focused on winning. Best candidate I have seen in almost thirty years of Virginia politics. But, it’s early. The holes in his swing are there and his team should be able to see them. My sense he’s looking them, too.

Pete Snyder – Radio show host John Fredericks asked me to join him and his panel on his Monday morning radio show to cover the convention from the Richmond Marriott. During a break in the show, we were both in line at the lobby Starbucks and he asked me, “Why do you hate Pete?” I was taken back because it is the very rare person that I actually hate. Mom used to say, “Hate’s a strong word.” And as I said to Fredericks, “I don’t hate Pete. I didn’t like his campaign. There’s a difference.”

Snyder did an interview during his Virginia 30 Day Fund initiative, on a national CBS show I think, in which he revealed a side of himself that if he had shown more of in this campaign, he could have won. It was incredibly moving and powerful. If that Pete decides to run again, Snyder stands a much better chance of winning. He’s smart, ambitious, successful, and hard working. But he’s a got a hole in his swing and for some reason the people on his campaign either don’t see it or won’t show it to him. Like John McCain and Al Gore, Pete’s best, and perhaps truest, self was in his gracious concession.

Amanda Chase – Oy. As critical of Chase as I have been, I am going to be a bit more charitable to her so as to be instructive to other candidates or potential candidates. She almost pulled this off. For all of her faults – Amanda Chase is no dummy when it comes to certain aspects of politics. Had she not gotten kicked off of Facebook, I think she would have won. Not kidding. She had over 100,000 followers there and she fed them a steady diet. I mean the diet consisted of crazy craptastic canards, but they ate it up. Her supporters were steadfast throughout this race. Yes, she has a massive hole in her swing, but she also has a following and that following showed up. Why? She got out early and said “I am with you and I will fight for you.” Look, I don’t think she should serve in public office, but Amanda Chase campaigns hard and makes a good first impression. She’ll likely continue to do so. Oh look…a Facebook group Chase for Congress 2022.

Kirk Cox – This one is painful to write because I just respect and admire the hell out of Kirk Cox. True to form, Kirk stepped up when it seemed no one else was going to do so. As I told him on the phone at the beginning of the campaign, Cox would have been a great governor even before day one. His experience, good nature, and love of Virginia would have been a blessing. It just wasn’t his time.
Quick story – Kirk and I went to a fundraiser at Rick Sharp’s house in 2005. The headliner was the President of the United States. I write it that way because Kirk and I both taught U.S. History and Government and this was POTUS! We totally nerded out. Well, we’re seated in the second row of chairs in Sharp’s large, but not cavernous, living room. It’s tight, but not awkward tight. I’m on the aisle, Kirk is next to me and his wife Julie is seated to his right. Directly in front of me is First Lady Laura Bush. Maybe two steps in front of Mrs. Bush is her husband George who stood in front of small podium.

Before the President spoke, every one had gone through the photo-op line and took a picture with President and Mrs. Bush. It’s quick but everyone gets a chance to say something. I offered that I hoped the war in Iraq would be over soon since my brother in law had served several tours as a Navy helicopter pilot doing special ops missions and let me tell you something, when that man locks on eyes on you…wow. You feel it and I did at that moment.

Well, another guest apparently told the President, “I hope you’re not going give us any political bullshit today.”

Which is how Bush opened his talk. It drew a big laugh. But then he said these words which will always stay with me, “So instead, I’m going to tell you what it’s like to be President of the United States for a day.”

I lean over to Kirk and whisper, “Wow…how about a couple of government teachers getting to do this?” Cox, the unrepentant Yankee fan, acted as if he had just met Mickey Mantle, Joe DiMaggio, and Derek Jeter at the same time. Stunned joy. “I know, this is incredible,” he whispered back.

Bush proceeds to give one of the most amazing talks I have ever heard. Not a speech, but a talk. For 45 minutes, the man just flat out ripped it. Flawless. And then it happened. Bush flubbed the pronunciation of just one word. I can’t remember the word, but he immediately looked at the First Lady, shrugged his shoulders as if to say, “See, I did it again.” In that moment, I actually felt sorry for the President of the United States.

I don’t feel sorry for Kirk Cox. He’s been a member of the House of Delegates for over 30 years and served as Speaker. Rarely do long time members of a legislature rise to head an executive branch of government. Kirk knows that. But rarer still is the man who leaves after such a record of service with his mind, family, and faith intact.

And for good reason, Kirk Cox is a good man. He would have been a great governor. We missed out.

Sergio de la Pena – At first it was “WHO?” But now Sergio is a crowd favorite. The single best over performance of any gubernatorial candidate running this year. He’s a really good guy who connects with people. Amazing, powerful life story of a Mexican immigrant that should have been told much earlier. Sergio got in way too late.

Peter Doran – Doran never was able to establish his own lane. He also got in way way too late and didn’t establish his Why I’m Running and Why I Should Be the Republican Nominee. Good guy. Smart. Well intended and all, but my sense is he’ll run again for something and perhaps this was a good onboarding experience for him.

Octavia Johnson – Another way-too-late-to-the-party candidate who could have had a powerful lane to run in given her background as an elected black, female sheriff running in the Republican primary. Low name ID, poorly funded campaigns win by getting in much earlier and pounding the pavement. See Amanda Chase. Johnson could make a run for the state Senate in 2023. That would make sense, if she starts at least a year out.

Other Winners and Losers

Winners
• Republican Governors Association. They got a candidate they can get behind who can self fund early in the cycle. RGA head Dave Rexrode is a happy man this week.
• Ranked Choice Voting. As one losing campaign consultant told me, RCV stopped them for ripping the bark off (going hard negative on) one of their opponents because it would have jeopardized turning off voters in this format. GOOD. Maybe that’s why the GOP candidates were so quick to unite behind their nominee Youngkin. Sure there was some negative campaigning, but without Ranked Choice Voting it would have been just awful times 100.
• Republican Party of Virginia. The old saying, “I’d rather be lucky than good” applies here. Had it rained? It would’ve been disastrous. This nomination had every opportunity to blow up in their faces, but Rich Anderson and RPV actually pulled it off. And how about the drama of ranked choice balloting rounds? That was must click refresh time for phones and laptops all over Virginia. Well, for Election Nerds anyway.
• The Virginia Public Access Project. VPAP, you magnificent bastard. They should charge for every computer refresh. Instead, you should donate to them — click here — VPAP’s information and visuals are best in class and best in the nation. Thank you to David Poole and all the staff over there.
• Radio host John Fredericks – the hardest working multi media man in Virginia politics. “Mobile, agile, hostile…” the Godzilla…the Oracle of the Deplorables…number one in your program and number one on your radio dial, Fredericks is relentless in his coverage of politics with a daily 6-10am radio show and now a daily streaming TV show. I have mad respect for John given what he went through in the market crash of 08/09. He was Trump before Trump and he’s great radio.
• Congresswoman Abigail Spanberger. Amanda Chase is now eyeing the 7th Congressional District. If there’s a Republican who could win the nomination and lose a winnable 2022 midterm, it’s Chase. Even if Chase doesn’t win the nomination, Spanberger will raise boat loads off of her candidacy.

Losers
• Negative campaigning. Good. We do campaigns of consequence every year and the negativity just gets old. It’s not even creative anymore. Just tedious.
• Donald Trump. Trump still looms large over the GOP, but as far as we know, only one candidate sought his endorsement and she only got an alleged fist bump. It says to me that most folks, even Republicans, know the Trump brand is a liability in Virginia. It was smart to stay away in the Ranked Choice Voting format, but as soon as Youngkin got the Trump endorsement Virginia Democrats pounced.
• Virginia Democrats. Glenn Youngkin was not their preferred Republican nominee. I think they wanted either Chase or Snyder for reasons I have covered before. They now are running against the most diverse ticket in Virginia history — at least for the next month. It sort of feels like that high school gym cheering contest “We got diversity, yes we do…we got diversity, how about you?” Did I mention, the GOP is united? I did? Ok…yeah, they want to win. Badly.

Chris Saxman is executive director of Virginia FREE. This column is republished with permission from The Intersection on Substack.