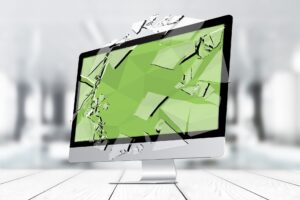 Image by Mediamodifier from Pixabay

Help! WJLA is reporting that the State of Virginia is using a 35-year-old computer system to process unemployment checks. The system has buckled, leaving 70,000 Virginians without their unemployment benefits.  In a stunning admission, Bill Walker, Director of Unemployment Insurance with the Virginia Employment Commission says, “We are right at the first of July now” when asked how far behind the process stands.

It seems obvious that ineffective processing of unemployment claims disproportionately impacts less affluent and minority Virginians. Yet this issue has been missing from the Ralph Northam COVID-19 updates I have watched.  Those press conferences have included discussions of the presidential election and a description of court cases involving Confederate statues but nothing about the real pain that the ineptitude of the Northam Administration is visiting on 70,000 Virginians, including many people of color.

Deja Vu. This is far from the first IT problem faced by the Northam Administration. The Daily Press outlined a series of errors, failures and missteps in July, 2019. Curiously, one of Governor-elect Northam’s first decisions was to disband the technology secretary role which had been a cabinet level position.  While some old school observers said that the technology secretary role was ceremonial and should be disbanded others contended that the role should have been revised and expanded rather than disbanded. Northam did add a diversity chief position to the state cabinet. One is left to wonder if the people now waiting five months for their unemployment benefits would rather have a chief diversity officer or a competent state IT operation that can deliver benefit checks on time.

The plantation elites don’t get it. In fairness to Northam, the problems with Virginia’s IT efforts go back to at least the Kaine Administration. Back then the battle centered around an outsourcing contract between Northrop Grumman and the state. State employees contended that the outsourcer was slow to deliver service. Virginia’s CIO at the time withheld payment from Northrop Grumman and was summarily fired  The matter was covered by Bacons Rebellion. As always, the solution going forward revolved more around The Virginia Way than competent management of IT. Northrop Grumman moved its corporate headquarters to Northern Virginia and everybody got back to work. Well, not really. The Luddites in the plantation elite who run the state considered the matter closed. But problems persisted and the Northrop Grumman contract was closed out in 2018.  “This is a new era in IT services for state agencies and VITA,” said Nelson Moe, Virginia’s chief information officer said at the time. Lawsuits between Northrop and Virginia were eventually settled with the state paying $35.8m of the $72m that Northrop claimed it was owed. Problem solved? Of course not.

More than a year after the legal settlement JLARC was once again blasting VITA for incompetence. Phone service was out to an animal safety testing field office for 27 days. Phone service! More than 40% of the equipment and services promised for delivery by the end of 2018 were not in place on July 1, 2019. On and on went the post-Northrop Grumman list of failures. “I’m flabbergasted,” JLARC vice chairman, Del. Steve Landes, R-Weyers Cave, said. He was flabbergasted before COVID. One wonders how Del. Landes might feel today about 70,000 Virginians waiting for their unemployment checks

New World Order. In 2011 Marc Andreessen famously quipped that “software is eating the world.” He claimed that every company needed to become a software company to keep up. More recently Forbes observed that “Software Ate The World, Now AI is Eating Software,” These trends are well understood and accepted in the executive suites and boardrooms of corporations around the world. Yet these concepts are completely foreign to our elected and appointed leaders in Virginia. Why? Because they are throwbacks to an era when technology was called “tabulating machines.” They run the state’s IT operation more like a candy store than a major entity.

If Virginia’s annual budget were annual revenues of a company, the state would rank #59 on the Fortune 500 list. Bigger than Goldman Sachs, Morgan Stanley, Cisco and Delta Airlines. It’s high time that technology vision and competent IT management become a significant part of what we expect from our elected officials. Certainly there are 70,000 Virginians waiting for unemployment benefits who would agree.