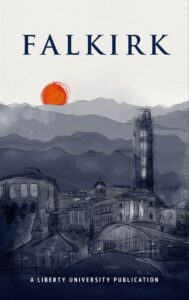 Imagine there is a “think tank” at a private, non-profit university. It produces no academic papers and does no peer-reviewed research. Instead, it holds podcasts, seminars and buys ads on Facebook that obviously promote a political party and president.

Would that be a “think tank” or a political action committee?

That about sums up the situation involving Falkirk Center at Liberty University in Lynchburg, according to Politico, a Washington-based news outlet.

True, Liberty is a private, conservative religious institution. But that does not mean it can do what it wants.

“Universities are not allowed to back candidates or be involved in elections because of their status as 501c(3) nonprofits, which exempts institutions like Liberty from paying income tax and allows donors to deduct their donations from their taxes,” according to Politico.

The news outlet reports that Liberty is in a quandary about what to do with the Falkirk Center. It was established in 2019 by Jerry Falwell and an associate. Falwell has been an ardent supporter of Donald Trump although Falwell resigned this summer after revelations of a sexual scandal.

Even so, the Falkirk Center has recently been promoting such pro-Trump ideas such as his baseless claim there was widespread voter fraud and that the election last month was stolen from him. (State electors are expected to declare Democrat Joseph Biden as the president-elect today).

The controversy shows just how far Liberty seems to have gone off track under Jerry Falwell’s administration. His father, Jerry Falwell Sr., had been active in conservative p0litics such as backing the Moral Majority movement, but he later toned it down and concentrated on the university’s education.

“Falwell assumed the Liberty presidency in 2007, after the death of his father, Rev. Jerry Falwell Sr., who founded the university in 1971. The elder Falwell was also known as the co-founder of the Moral Majority, which amassed political influence in conservative circles in the 1980s before being disbanded after a spate of scandals involving evangelical leaders. The elder Falwell lowered his political profile in his later years, partly to concentrate on the educational mission of Liberty, which he envisioned as an evangelical counterpart to the Catholic University of Notre Dame and the Mormon Brigham Young University.”

Falwell kept up his Trumpian efforts after 2016. One of them was the “think tank.”

The think tank — called the Falkirk Center, a portmanteau of Falwell’s name and that of GOP activist Charlie Kirk, who co-founded it — purchased campaign-season ads on Facebook, at least $50,000’s worth of which were designated by the network as political ads, that promoted Trump and other Republican candidates by name.

“Pray For Our President,” declared one, featuring a photo of Trump with his hands clasped in prayer.

“Be a radical for our republic,” said another Facebook ad that ran over the summer with a photo of a beaming Madison Cawthorn, the rising GOP star and congressional candidate from North Carolina who spoke at Trump’s convention.

Three Liberty board members contacted by Politico expressed concern about Falkirk. They question whether it diminishes academic standards since it doesn’t produce research papers or any kind of scholarship.

“The Falkirk Center, to me, represents everything that was wrong with Liberty when Jerry [Falwell] was there,” said Karen Swallow Prior, a professor at Liberty for 21 years who left at the end of last school year. “It’s brazenly partisan,” Politico reported her as saying.

A Liberty spokesman didn’t really give an answer about the questions surrounding Falkirk but said that many attached to the school support it.