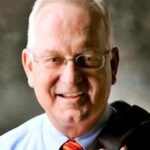 Dr. Bob Holsworth is a former professor and founding director for both the Center for Public Policy and the Wilder School of Government and Public Affairs at Virginia Commonwealth University. Holsworth shared extended thoughts on the current state of play in Virginia on his Facebook page. Shaun Kenney applied some light editing and formatting for republication in The Republican Standard. That version appears below.

Three university-based polls have been released in the last week about the Governor’s race. Taken together (and with an appropriate grain of salt), the surveys help to set the table for the November election. Here’s my take on the state of play.

Every poll has McAuliffe leading.

CNU and Roanoke has him with significant leads, 9 and 8 points respectively. VCU (3) and some GOP leaning survey firms (2-5) has McAuliffe ahead by smaller amounts.

I’m comfortable saying that McAuliffe is ahead right now, but I would need to know more about the makeup of the electorate and the relative enthusiasm for the candidates before I’d recommend placing bets on the outcome and the spread.

A gubernatorial election typically has a far lower turnout than the previous year’s presidential election (the drop off in recent years is in the 20-25 percentage point range). So understanding who’s likely to vote and whose supporters are more enthusiastic is crucial to forecasting the race.

And I’m not sure that the early polls have fully captured this.

In the VCU poll, 97% of the registered voters surveyed said that they would definitely (82%) or probably (15%) vote.

BUT 82% of registered voters in Virginia turned out in last year’s PRESIDENTIAL election. There is no possible way that this will be equaled or exceeded in the gubernatorial contest.

The likely voter screen in the CNU poll is tighter and is probably closer to the actual electorate. The one concern that I have about the CNU sample is that the ideological composition of likely voters is far more liberal than CNU’s own study in February of the orientation of Virginia voters.

At this point in the election, I’m more interested in understanding the environment that frames the contest, statewide and national. In terms of Virginia issues, respondents noted that that the economy and COVID/Healthcare are at the top of their concerns.

Both the VCU and the Roanoke polls indicate that voters are relatively satisfied with the direction that Virginia is moving. Roanoke has the right track-wrong track numbers at 52-43 and Governor Northam’s approval rating is over 50% in both surveys.

The VCU poll asked about Northam’s performance on a set of issues, including COVID, public education, healthcare, racial inequality, state budget, and the environment. It did not ask about crime and policing.

The Roanoke College poll asked whether it is good or bad for America to teach about critical race theory and “bad” outpolled “good” by a 47-44 margin.

The bottom line here is that there is not widespread dissatisfaction with the direction of the state or with Northam’s job performance. The challenge for Youngkin is to make the case for change (or the case against McAuliffe personally) when voters appear relatively content with how the Commonwealth is being governed.

Recent advertising suggests that Youngkin plans to focus on crime, arguing that McAuliffe is “too dangerous for Virginia.” This worked for George Allen in 1993 and was a major issue in the recent New York City mayor’s race. But it fell flat for Kilgore in 2005 and Gillespie in 2017 and only 1% of respondents in the Roanoke College poll volunteered crime when asked about what is the most important issue for their vote. In any case, I believe that crime is the proxy which the GOP hopes to persuade voters that McAuliffe and the Democrats have moved too far to the left.

President Biden’s favorable-unfavorable numbers in the Roanoke poll was 48-43, though the survey was taken before the full dimensions of the Afghan pullout were visible.

Biden’s numbers have declined nationally in recent days and I would expect that this is the case in Virginia as well. While most Americans agree with the President about the need to withdraw troops, they give very low marks to how Biden has executed it.

Several commentators have suggested that Afghanistan is unlikely to have much of an impact in Virginia. I’m reluctant to concur until we see whether the deaths and tragedies that have accompanied the withdrawal generally undermine public confidence in Biden’s competence.

I don’t believe that Afghanistan policy itself will factor into the vote for Governor, but in a state where politics has become increasingly nationalized, a weakened Democratic President would be a headwind likely to translate into a GOP enthusiasm advantage.

Yet not all national issues will play in the GOP’s favor. The Supreme Court is likely to hear the Mississippi abortion case in November, in the days following the election. Since Mississippi is asking the Court to overturn Roe v. Wade, attention on this case in the lead up to November will be intense and will require Youngkin to answer questions that he would prefer to avoid.

With the Delta variant surge and K-12 schools starting up, it is hard to imagine that COVID will not occupy center stage in the campaign.

In the last week, McAuliffe has gone all in on the issue, appealing to what the progressive economist Paul Krugman has labeled “the rage of the responsible” — supporting mask mandates in the schools, vaccine mandates in colleges and hospitals, and calling on all Virginia employers to institute vaccine mandates to maintain Virginia’s economic momentum.

Youngkin says that he strongly supports vaccination, but does not want mask mandates and opposes McAuliffe’s “bullying” of employers, a tactic he believes will only lead to economic chaos and more shutdowns. Youngkin wants to leave choices about masks in schools to parents (or, in some instances, local school boards) and vaccines to employers and their employees.

This is a bright-line contrast in the gubernatorial contest and how suburban voters respond to this choice may well determine the outcome of the race. Recent polling nationally points to a growing public acceptance of vaccine and mask mandates — if this trend continues, it will be a challenge for Youngkin.

Youngkin’s ability to self fund a campaign and outspend McAuliffe is a major difference from the 2013 contest when Ken Cuccinelli could not financially compete with him. McAuliffe’s national Rolodex will enable him to have enough money to be competitive, but is unlikely to be able to match Youngkin dollar for dollar.

Up to now, Youngkin’s advertising dollars appear to have been spent on introducing himself to voters and not on developing clear issue or personal contrasts with McAuliffe. As we move into September, this will change and McAuliffe will have to weather an extended negative assault.

For his part, McAuliffe has been intent on touting the Democrat’s economic accomplishments and defining Youngkin as a mini-Trump or DeSantis-lite. So long as he remains leading in the polls, I doubt that we’ll see much change of strategy.

For Youngkin — He has to develop a compelling narrative that frames the election for the voters and explains why people who have recently voted Democratic should switch to the GOP.

For McAuliffe — He has to generate enthusiasm and turnout among Democratic voters and Democratic-leaning independents to counter a GOP that appears more unified than it was with Ken Cuccinelli in 2013.

This entry was posted in Elections, Politics. Bookmark the permalink.