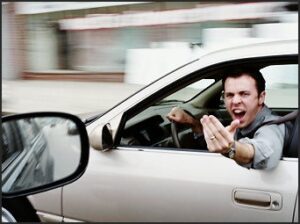 Based on anecdotal evidence, I have long thought that the rudest, most aggressive drivers in the United States resided in the Northeastern states. It turns out, based on insurance data, that Virginia has some of the worst drivers in the country. So much for our self-image as courteous ladies and gentlemen.

Insurify, a website that helps consumers find automobile insurance, collects a massive volume of data on driver history, including accidents and tickets. Virginians stand out in several regards. Ranked by driving offenses including failure to yield or stop, improper backing, passing where prohibited, tailgating, street racing, and hit-and-run, Virginia is the No. 1 state for drivers with a “rude” driving violation on record. The percentage of rude drivers (3.58%) is more than twice that of the national average (1.68%).

Likewise, Virginia ranks No. 1 in the country for the percentage of drivers with a reckless driving offense (0.56%). That is more than five times the national rate (.09%)

The horrible truth: Virginians are terrible drivers! Ranked by the number of motorists with squeaky-clean driving records, Virginia ranks No. 48 in the country — only 75% compared to 82% nationally.

The only measure by which Virginia drivers don’t totally suck is in the percentage of those who drive while intoxicated — No. 26 in the country, but still above the national average (1.9% of drivers in Virginia compared to 1.7% nationally).

The question naturally arises, who’s responsible for all this bad behavior? Naturally, as a downstate Virginian who has experienced the horrendous driving conditions in Northern Virginia, I have long suspected that the worst drivers reside in… Northern Virginia. But that may not be so. Perhaps all those reckless drivers speeding and weaving on Interstate 95 were just passing through.

I queried Insurify, and spokesperson Madison McGlinchey responded with a list of Virginia cities (including Arlington County) ranked by the percent of drivers with a speeding ticket on record.

It’s a sad commentary when the locality ranking lowest on the list, Arlington, still exceeds the national average.

This entry was posted in Insurance, Transportation and tagged James A. Bacon. Bookmark the permalink.