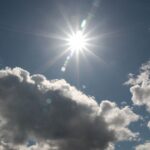 Steve Descano, Fairfax County Commonwealth Attorney, plans to begin publishing data on prosecutions as part of his campaign to root out alleged racial and socioeconomic disparities in the county’s criminal justice system, reports The Washington Post.

Data to be published online will cover such metrics as race, charging, sentences, bail decisions, and plea offers.

“You can’t fix what you don’t measure,” Descano said. “I’ve heard from a lot of members of our community they don’t know what goes on inside this building and they don’t feel comfortable that they are going to get a fair shake.”

This is a positive development. Open publication of the data is far preferable to the attorney general’s office compiling the data internally and selectively citing statistics that support a predetermined narrative. Anyone who values open, honest government should approve. In fact, Fairfax County might be setting a precedent that other Virginia localities should emulate.

I happen to think that the charges of systemic racism are wildly exaggerated. But by no means do I think the criminal justice was conceived in perfection. Our goal should always be to achieve equal justice before the law, and we should always be open to the possibility that certain practices are administered imperfectly or have unintended consequences. Under any political theory, the impartial administration of justice is the core function of any government. Accordingly, we should continually subject the criminal justice system to scrutiny with an idea that it might need reform.

That said, there are ample grounds to worry about where some people will go with this.

Arlington County’s commonwealth attorney, Parisa Dehghani-Tafti, is collecting data, too. She ran on a platform similar to Descano, which presupposed significant racism in the system. Indeed, with no discernible empirical backing, she has set a goal, says the Post, of reducing “racial disparities in prosecution” by 20%. That sounds ominously like setting racial quotas on prosecutions, which would be the ultimate travesty of justice.

Descano, by contrast, has said he is pursuing a “holistic” approach to reducing disparities and has not set specific goals. I’m not sure what that means in practice, but it sounds far less arbitrary.

In either case, an honest reporting of the numbers will allow the public to engage in a productive discussion. Descano will provide citizens with the means to critique his conclusions. Transparency will benefit everyone.

This entry was posted in Crime , corrections and law enforcement, Transparency and tagged James A. Bacon. Bookmark the permalink.